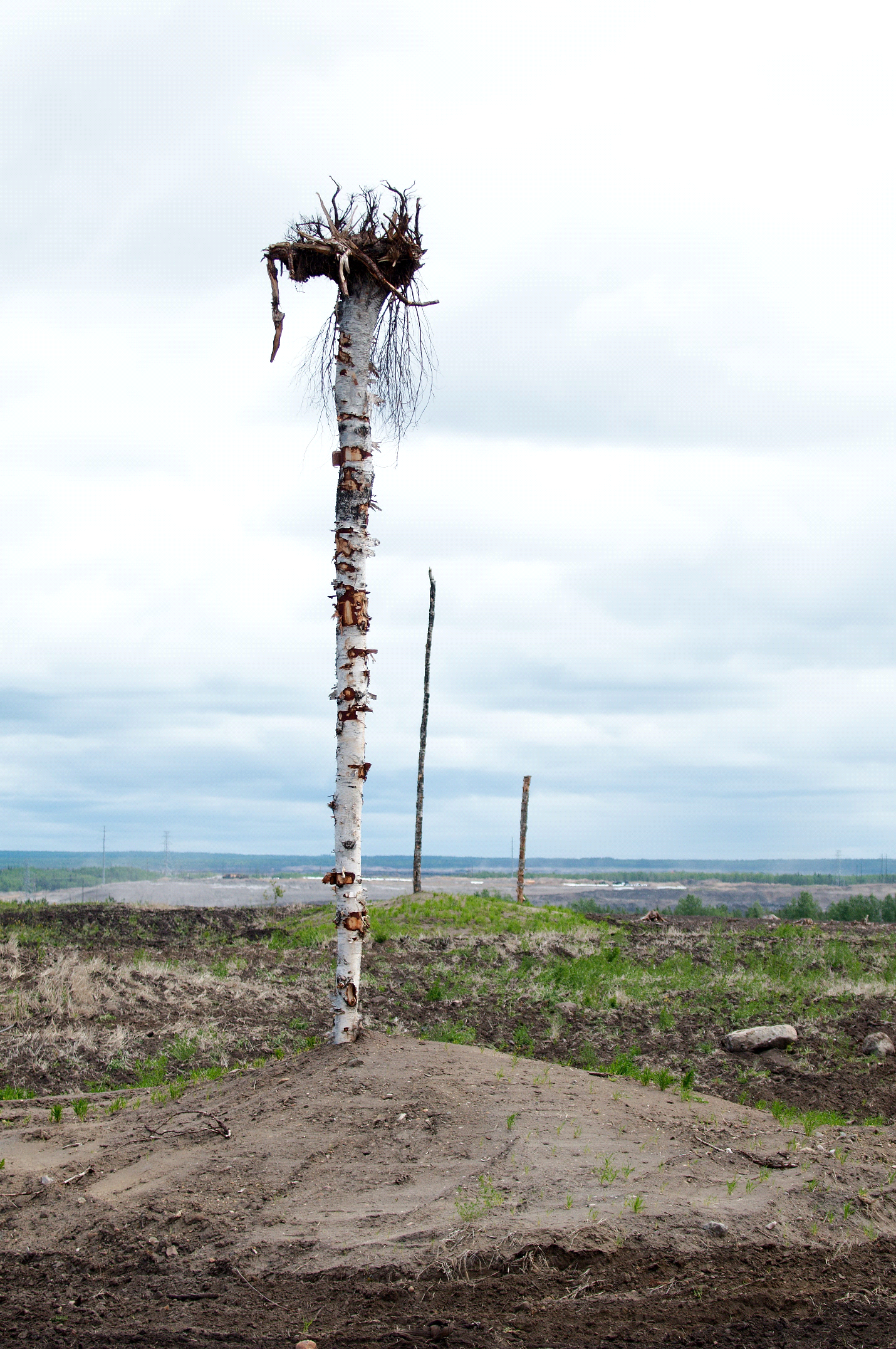 PHOTO: Called snags or wildlife trees, dead trees placed (some even upside down) on Suncor’s Pond 1 create perches and nesting sites for birds, and habitat for other wildlife/Suncor

OTTAWA – In a courtroom in British Columbia Monday, Indigenous communities were arguing the federal government overstepped in approving the Trans Mountain pipeline expansion and that it has to be stopped over concerns about its impact on the environment.

One province over, lawyers were in a courtroom in Edmonton, arguing the federal government barged into Alberta’s provincial jurisdiction in imposing a carbon tax and want it stopped over concerns about its impact on the economy.

And in a boardroom in Toronto, executives from some of Canada’s biggest oil companies were sitting across the table from environment leaders, academics, Indigenous leaders and government officials hoping to find a way to bridge the Grand Canyon-sized divide.

“I think this is particularly about the future of Canada’s oil and gas sector in a low carbon world,” said Stewart Elgie, director of the Environment Institute at the University of Ottawa.

“If we get this wrong it could rip our nation apart. If we get it right it could be nation-building.”

Elgie was among the participants Monday at the inaugural meeting of the Energy Future Forum, a new project conceived by the Public Policy Forum to find solutions for climate change in Canada. He said he found it fitting that the meeting was happening at the same time as the two court cases.

Among the 30 people seated with him were executives from Suncor Energy, Imperial Oil and Shell Canada Ltd., as well as representatives from the World Wildlife Federation, the International Institute for Sustainable Development and the federal and Alberta governments. Two of Canada’s big banks, RBC and CIBC, were represented, as was the Canadian Council for Aboriginal Business.

Edward Greenspon, president of the Public Policy Forum, said the recent federal election drove home how much Canadians want to see action to address climate change. But it also drove home how worried those in the resource sectors are about their jobs.

International investors are increasingly reluctant to invest in companies that don’t have climate-change adaptation plans.

Prime Minister Justin Trudeau’s climate and economic platforms are based on a notion that this country can reduce greenhouse-gas emissions while building pipelines and extracting more oil, particularly if technology is made available that can reduce the emissions coming from both producing and burning fossil fuels.

“I don’t think governments can do this alone,” said Greenspon. “It requires a full-court press.”

Most energy forecasts show oil and gas as part of the world’s energy mix for at least another two or three decades, so Greenspon said finding ways to reduce the emissions from those is a critical piece of the puzzle. Elgie agrees, saying it is not realistic to expect us to be off oil tomorrow.

Suncor Energy CEO Mark Little said the forum is looking to get beyond the rhetoric and the polarized voices in the debate and find consensus in the middle. Suncor itself has invested in a number of things to reduce its own carbon footprint, setting a target to cut the emissions produced per barrel of oil by 30% by 2030, replacing coal-fired power generators with natural-gas versions and building a wind farm in Alberta.

The forum intends to meet as a whole at least three times a year for the next few years, with the expectation of smaller, more frequent meetings with specific industries or on particular issues as well.