Tanker freed after running aground in St. Lawrence Seaway 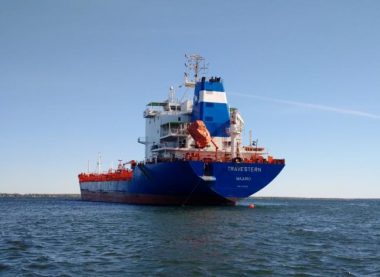 MONTREAL—A tanker that ran aground east of Cornwall, Ont. on May 19 has been freed.

The coast guard says the ship was successfully repositioned and towed to a safe position on Saturday under the supervision of coast guard officials.

The Travestern was making its way from Hamilton to Montreal when it ran aground in Lake St. Francis, a stretch of the St. Lawrence seaway near Salaberry-de-Valleyfield, Que.

A spokesman for the Transportation Safety Board of Canada said nobody was injured and no environmental damage was reported.

The tanker will be inspected by Transport Canada officials.

The cause of the incident is under investigation.