Though it supports "responsible use," industry working to reduce dosing 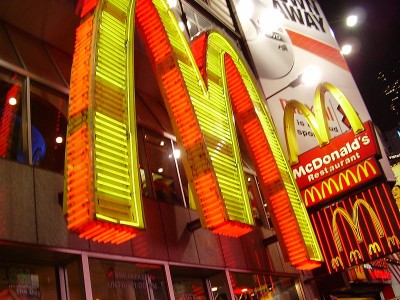 OTTAWA—In implementing a number of public relations-related changes to its supply chain, McDonald’s Restaurants of Canada Ltd. is not just recasting its image with consumers, but also playing a role in changing how farms operate across the country.

On Oct. 26, the restaurant chain said it would source its chicken only from farms that raise birds without antibiotics used in human medicine by 2018. The announcement followed on the heels of another major shift revealed last month, in which McDonald’s said it would be phasing in the exclusive use of cage-free eggs at all 1,400 of its locations across the country over the next 10 years.

While the move to antibiotic-free chicken will “play a role” in advancing Canada’s Antimicrobial Use Strategy(AMU), the shift is already well underway, according to Chicken Farmers of Canada. The industry organization, which represents Canada’s 2,700 chicken farmers, said the decision is not a major departure from the industry’s overall trajectory.

“Recent announcements, such as that by McDonald’s to begin offering chicken raised without antibiotics of human importance, dovetail with the industry’s initiatives around responsible use of antibiotics in animal agriculture,” Chicken Farmers said.

The industry organization noted antimicrobial reduction continues to be a concern for farmers, consumers and public health experts. And while farmers work to reduce the use of antibiotics, Chicken Farmers also said the drugs are an important part of both human and animal medicine.

“Chicken Farmers of Canada supports the responsible use of antimicrobials to maintain animal health, animal welfare, and food safety,” the organization said. “Ultimately, the goal of the AMU strategy is to ensure the continued effectiveness of antibiotics while providing continued confidence to consumers.”

The biggest step taken so far in the antimicrobial strategy has been the elimination of preventive-use Category I antibiotics in the chicken sector, Chicken Farmers said. This group of antibiotics, which are considered the most important to human health, were banned from use in Canada’s chicken sector in May of last year. Along with this milestone, the poultry sector is continuing to analyze antimicrobial resistance, as well as researching and sourcing alternative products. The sector has invested nearly $1.4 million in the field over the past few years, and intends to continue its research.

“We do all of these things to make sure that we are providing Canadians with safe, fresh, high-quality chickens so that they have confidence in the food they are buying for their families,” Chicken Farmers said.