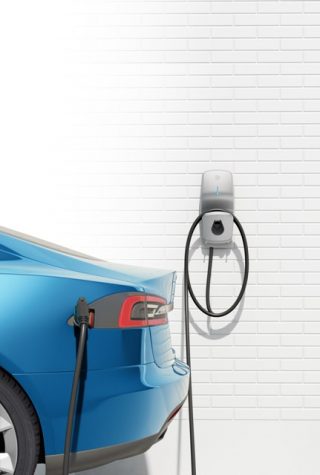 Quebec’s AddEnergie has the support of pension fund manager Caisse to roll out the changing network. PHOTO: AddEnergie

Called the FLO network, it will initially have 2,000 charging locations in five provinces, including Quebec.

AddEnergie says its goal is to add 8,000 more charging stations across Canada over the next five years.

It also says a charging station for homes will be introduced at an electric vehicle exhibition in Montreal next week.

AddEnergie is among the companies predicting electric vehicles will become a mainstream alternative to gasoline-fuelled cars as EV technology improves and governments work to reduce emissions of greenhouse gases.

It says the FLO network will start with charging stations in Canada’s three most populous provinces—Ontario, Quebec and British Columbia—as well as Nova Scotia and New Brunswick.

The company has also developed a smartphone app to identify the closest available charging station and make payments. It also will have support from operators through a 24-7 toll-free number.

Widespread adoption of electric vehicles has been hampered by consumer concern over the availability of charging stations, the time required to charge EV batteries and the distance that can be travelled between charging sessions.

“EV drivers to this point have been pioneers, and we’ve developed our chargers and customer service offering along with them,” Louis Tremblay, president and CEO of AddEnergie, said in a statement.