A Vancouver man boiled hot dogs, bottled them and sold them for $37.99 at a festival, citing health benefits. Douglas Bevans called his marketing stunt an art performance, but he sold 60 litres worth of product 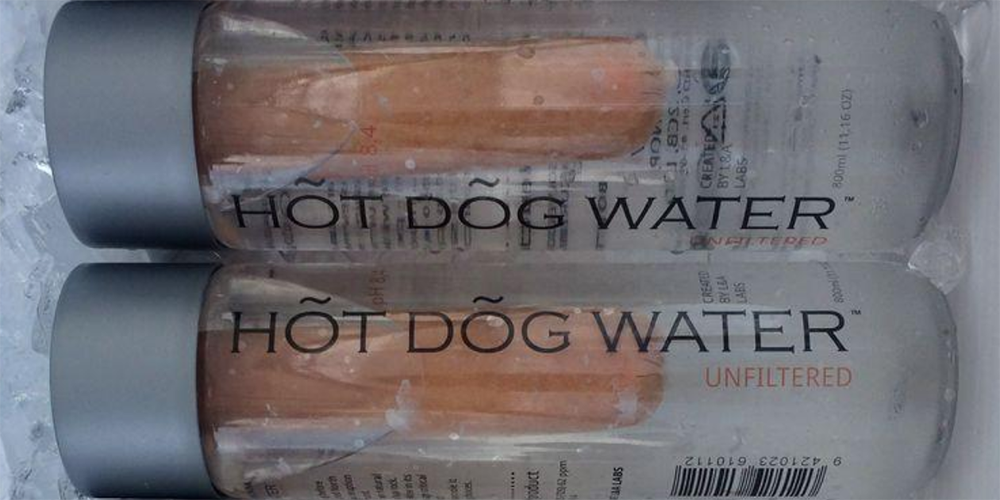 VANCOUVER—A Vancouver man who sold bottles of “Hot Dog Water” for nearly $40 each says he was trying to see how marketing of health claims backed by supposed science amounts to quick sales.

Douglas Bevans said he boiled about 100 organic beef hot dogs and put each one in a bottle of the water he sold at an annual car-free event.

Each bottle of the “keto-compatible,” unfiltered water sold for $37.99, but two bottles cost only $75 because of a special deal last Sunday at his booth, where he wore a hot dog onesie and promoted himself as CEO of Hot Dog Water.

Bevans promised the water would lead to increased brain function, weight loss and a youthful appearance, even erasing crow’s feet when applied to the face in the form of a lip balm, which he also happened to sell.

One man who rubbed the lip balm on his “dome” sent him photos suggesting it promoted hair growth, Bevans said.

While many people laughed, he said others were impressed by the health benefits they’d experience with his unique products, including body spray and “Hot Dog Water breath freshener.”

Bevans said he sold 60 litres worth of the products.

He told people the water creates quicker sodium uptake for good health, uttering sheer quackery: “Because Hot Dog Water and perspiration resemble each other so when you drink Hot Dog Water it bypasses the lymphatic system, whereas other waters have to go through your filtering system, so really, Hot Dog Water has three times as much uptake as coconut water.”

Bevans, who is really a tour operator and a performance artist, said he came up with the idea as he questioned the ridiculous marketing and health claims behind some products and thought to himself: “I bet I could sell hot dog water.”

“We’re helping people, empowering them to use informed decisions in their purchasing choices,” he said about his marketing stunt. “That is the message behind this.”

His aim is to get consumers to bypass slick marketing and think about what they’re buying, especially in the age of social media clicks and ‘likes’ involving celebrities pitches.

Bevans said he thought of his project as an art performance to create awareness about critical thinking.

“Art, I think, has a way of doing this better than if this was a public service announcement. There’s an image attached to it, that it’s ridiculous.”