The first TEG-15 light rail car arrived in Guadalajara on Mar. 27, as part of a 12 vehicle order to increase transit capacity in Mexico's second largest city 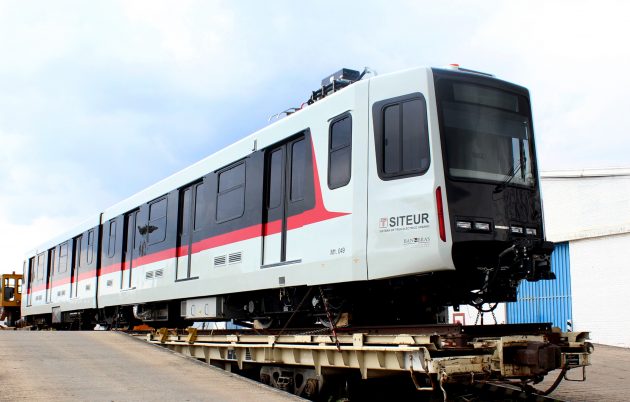 The vehicle is part of an order placed on Dec. 29, 2015 for Bombardier to supply 12, two-car LRVs for SITEUR’s Line 1 system in Guadalajara. The order is part of the Jalisco state government’s plan to extend and modernize the line. The last train in this order is scheduled to be delivered by November 2017.

These LRVs can carry 250 standing passengers and have a max speed of 80 km/ph.

The project is being managed by teams working out of Bombardier’s Ciudad Sahagún facility in the State of Hidalgo.

“These new trains will help Guadalajara, Mexico’s second largest city and one of the main commercial and industrial hubs, to manage the growing urbanization it is experiencing, by renewing its transportation system and increasing Line 1 capacity by approximately 50 per cent,” said Benoît Brossoit, president of Bombardier Transportation, Americas Region.

Bombardier Transportation has been in Mexico for 25 years, and employs roughly 1,800 people.