Nature can heal itself after an oil spill, it just needs a little help

In situ remediation, a method of cleaning oil or gas leaks using fertilizers, takes longer than the preferred method of digging up contaminated soil. But it can be less ecologically disruptive and cheaper 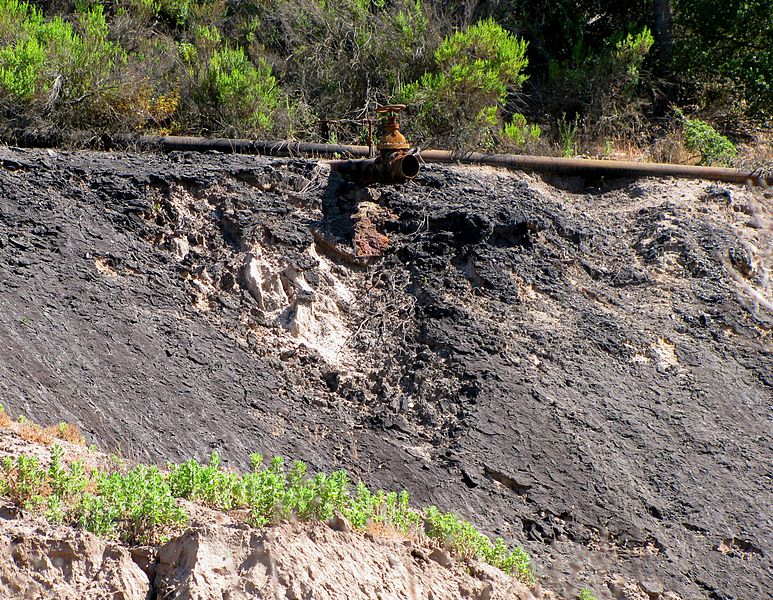 The preferred method of dealing with oil soaked soil is to dig it up. PHOTO: Antandrus, via Wikimedia Commons

Moving oil across the Rockies is dangerous.

No matter the safety precautions, spills will sometimes occur. Cleaning the soil afterwards is difficult, expensive and time-consuming.

If you don’t clean the soil, the gas and oil will move from the soil and pollute nearby streams, rivers and lakes. Site owners often resort to digging up soil and dumping it an landfill.

The digging approach is hugely destructive. Above-ground buildings and plants are destroyed to dig massive holes in the ground. The contaminated soil is hauled to a treatment facility or, more commonly, a secure landfill.

Companies, government and the public like digging because it solves the local problem with a week or two of intensive activity. It’s also a visible commitment by the company and the government to manage the environment.

What people don’t see is the environmental damage caused by removing the foundation of an ecosystem—the soil. They also don’t see the dangers to the workers and communities as toxic soil is moved through their towns and communities on the way to a landfill.

As we see in other spheres, individuals promoting simple solutions to complex problems are often lauded. But ecology is complex and it’s subtle. And the quick way to do things is often the wrong way to do things.

Instead, why not nudge the natural soil ecosystem to clean itself?

“In situ” remediation of an oil or gas spill—doing it on site—is not difficult, but there is a delicate art to achieving success.

Soil bacteria and fungi will naturally degrade oil and gas if they have two things: fertilizer and energy.

A mixture of nitrate and phosphate agricultural fertilizers used at very low concentrations is usually enough to meet the first requirement. For energy, bacteria use fertilizers like nitrate, iron or sulfate.

The combination of these energy sources, along with the naturally occurring oxygen, provides the bacteria and fungi all they need to degrade almost all of the oil or gas—as long as the temperature is above freezing.

By adding a bit of this mixture over a few years, polluted soils will often restore themselves. Depending on where you are, this can be easy, if the soil is sandy, or very difficult, if the site is full of clay.

Most surface spills—from gas stations with leaking tanks or at facilities where oil and gas may be transferred between vehicles—typically only pollute the upper six to eight metres of soil. There are plenty of natural organisms there ready to degrade these pollutants, and plenty of engineering solutions to get the nutrients to these organisms.

For example, slowly injecting low concentrations of fertilizers into an urban soil site degraded the gasoline.

We’ve done this at six sites in Saskatchewan that have been polluted for over 20 years. We added very small amounts of fertilizers at a slow and steady pace across the sites for the past three years.

After only two years, the amount of gasoline in the soil has been reduced by 90 per cent at all of the sites. Groundwater concentrations of gasoline are close to background levels in the nearby environment. We’re now adapting this approach for use in northern territories and provincial areas.

But in situ remediation does take longer. A typical project will last two to four years—and, sometimes, it doesn’t work, which can add to the timeline or cost.

In situ remediation is not widely used because many companies feel it carries business risks and strains relationships.

From an accounting perspective, it’s better for a company to postpone an expense, like cleaning a site, thanks to the “discount rate.”

For example, spending $100,000 in the first year of an in situ remediation project and then monitoring it at a cost of $40,000 per year for the next three years is more expensive than spending $300,000 in the fifth year to dig up the site after the regulatory pressure has become too great.

This accounting trick only works if the accounting team then ignores the remainder of the site liabilities a company holds, or assumes that they will clean up the site over a very long time frame so that the magic of discount rates can make their environmental liability manageable.

The second risk is a relationship risk. Digging up soil is 100 per cent effective because it is possible to excavate directly to the property line, install a geo-technical membrane to stop pollutants from migrating. Although there is only limited data so far, in situ remediation is not 100 per cent effective.

It’s easy to see why senior leadership teams often vote for the 100 per cent effective solution and then, using the right discount rate, their accounting teams can make it seem cheaper. This way, companies can assure the public, government and shareholders that the remediation plans will work.

Yet in situ remediation can be far less pricey than excavation.

“Dig and dump,” as it is often called, can cost $150 per cubic yard of soil or more ($300 per cubic yard) in remote areas. Others have found even higher costs. The pricetag for in situ remediation, on the other hand, can be as little as $20 to $80 per cubic yard.

In addition, in situ remediation does not require the demolition of buildings or forests. Often only a small cargo container is all that’s needed to distribute the fertilizer and energy sources to a site of 10,000 square metres for three years.

Such a small and portable option makes in situ remediation a promising technology for sites located along pipelines, railways or highways in the Rockies.

While much attention is focused on the disastrous potential of spills into the tidewater, mountainous terrain is sensitive and difficult to preserve. There’s real potential for spills on land, but in situ remediation can mitigate those risks and help nature heal itself.