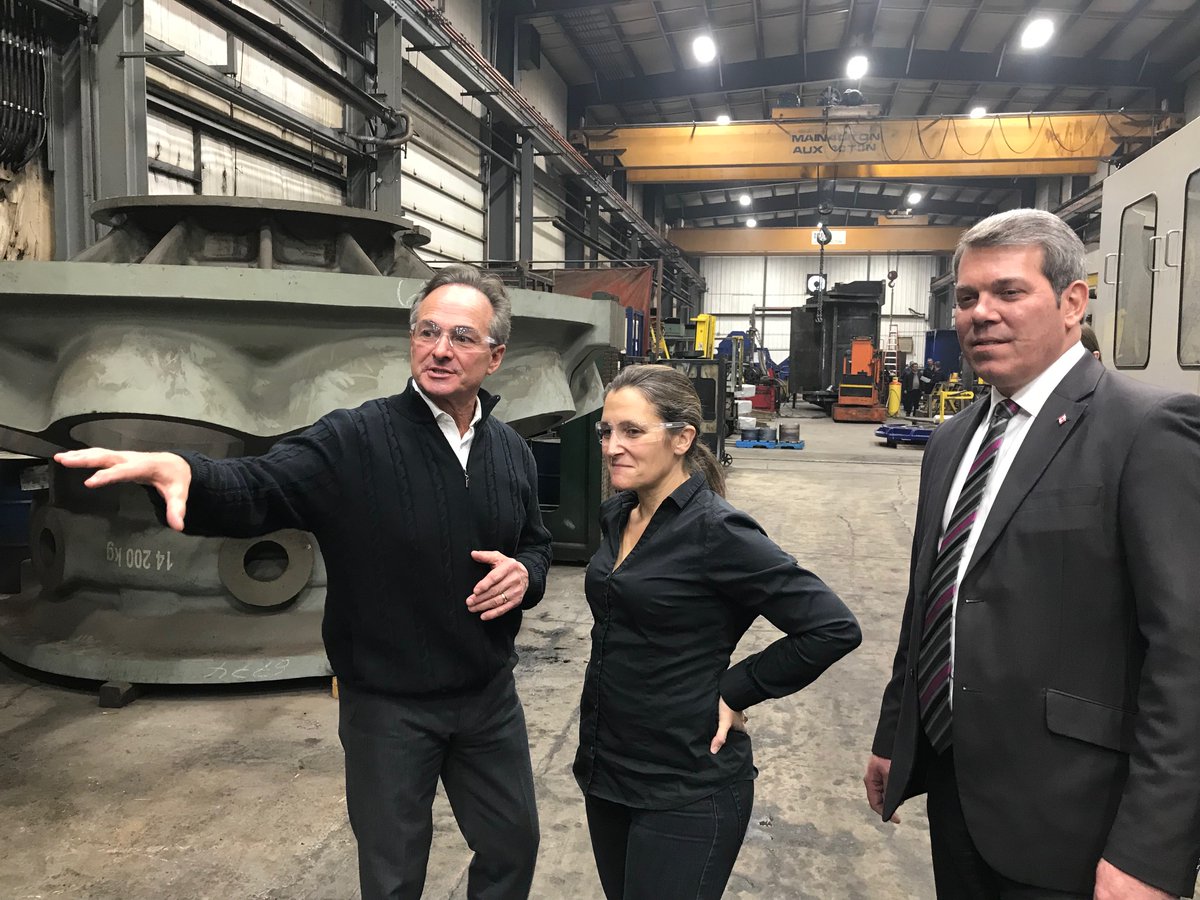 OTTAWA—Canada will use the upcoming G20 summit to push for answers in the murder of journalist Jamal Khashoggi in the Saudi Arabian consulate in Istanbul, Foreign Affairs Minister Chrystia Freeland says.

Freeland said Tuesday Canada considers his murder to be very much an open case, a contrast to a statement by U.S. President Donald Trump that the facts surrounding Khashoggi’s death might just never be known.

“Canada very much does not consider the Khashoggi affair to be closed,” Freeland said, hours after Trump released a statement that attempted to bring the controversy to a close for the U.S.

Freeland said she expects the Khashoggi case to be an issue during the talks among leaders of the world’s 20 top economies in early December in Argentina, and says Canada will persist with its push for a transparent international investigation.

“It is very clearly Canada’s position that those responsible for this horrendous murder must face full responsibility for it,” she said.

“We certainly imagine that the Khashoggi murder will be an issue, which we discuss with many of the partners who we will be meeting with.”

The kingdom is a member of the G20, and the Saudi-owned television station Al-Arabiya says Saudi Crown Prince Mohammed bin Salman, the country’s de facto leader, will attend the summit.

U.S. intelligence officials have concluded that bin Salman ordered the Oct. 2 killing of Khashoggi inside the Saudi consulate in Istanbul, Turkey.

“Our intelligence agencies continue to assess all information, but it could very well be that the Crown Prince had knowledge of this tragic event—maybe he did and maybe he didn’t!” Trump said in a written statement.

“That being said, we may never know all of the facts surrounding the murder of Mr. Jamal Khashoggi.”

Regardless, Saudi Arabia remains a “steadfast” partner of the U.S. and has helped keep oil prices stable, Trump said. He also said he doesn’t want to jeopardize US$450 billion in Saudi investment in the U.S., including $110 billion to buy American-made military hardware.

Trump said the U.S. has already sanctioned 17 Saudi individuals under its Magnitsky Act, and isn’t planning any further action.

Freeland, meanwhile, has said Canada is contemplating similar sanctions, but she gave no indication why that has yet to happen or what is taking so long.

A senior government official, speaking on the condition of anonymity because of the sensitivity of the deliberations, said any decision on sanctions will be made by federal cabinet, and will be part of a larger process that will see Canada working in co-ordination with its allies.

The process includes a consideration of sanctions, a co-ordinated push for an international investigation and an assessment of the Turkish recording of Khashoggi’s death, the official said.

Freeland has not heard the recording, but has been briefed on its contents by the head of the Canadian Security Intelligence Service, who travelled to Turkey to hear it, said the official.