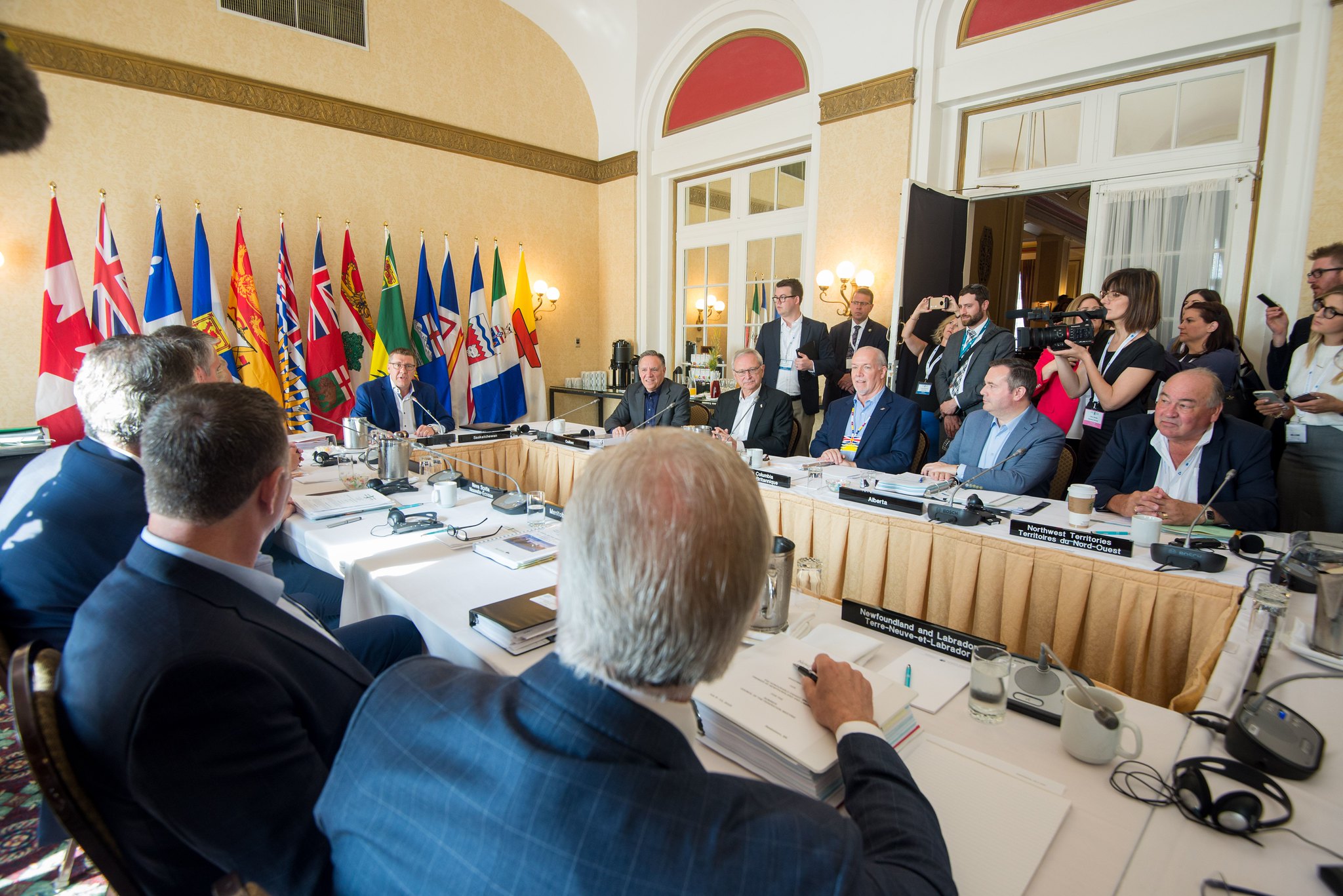 SASKATOON—Alberta Premier Jason Kenney says he still believes national unity is under threat despite two days of collaborative discussions with the country’s leaders.

Kenney said his province contributes billions of dollars to Canada’s economy but is blocked by some jurisdictions from developing its resources.

“The level of frustration and alienation that exists in Alberta right now towards Ottawa and the federation is, I believe, at its highest level, certainly in our country’s modern history,” Kenney said Thursday at the end of the annual premiers’ meeting in Saskatoon.

“Too often we seem to have partners in the federation, including in Ottawa, intent on pinning us down and blocking us in and impairing our ability to develop the resources that help to pay the bills.”

Saskatchewan Premier Scott Moe, who chaired the meeting, has said before that Ottawa’s energy policies—like Bill C-69, an overhaul of federal environmental assessments of major construction projects, and its carbon tax—are a threat to national unity.

Kenney spoke with Quebec Premier Francois Legault about moving oil by pipeline as part of a vision to create a west-east energy corridor.

Related: Quebec premier at odds with Alberta and Saskatchewan over Energy East pipeline

While Legault said he’s open to moving liquefied natural gas by pipeline and hydro-electricity through Quebec, there’s no “social acceptability” in his province for an oil pipeline.

Legault added that he’s “not proud” Quebec accepts equalization payments, much of it funded from resource revenue in Alberta and Saskatchewan.

“My priority, my obsession, is to create wealth and make sure that after a certain period we don’t receive any more equalization payments,” he said.

New Brunswick Premier Blaine Higgs said he believes there’s a way forward for Alberta and Saskatchewan to get their oil to market and finding a solution should be done quickly.

“The longer you ignore problems that are frustrating one province over another, it creates disunity and it creates a problem that ultimately can magnify and lead into discord and lead to problems and that could be in the sense of our national unity,” Higgs said.

British Columbia Premier John Horgan, who is locked in disagreement over the Trans Mountain pipeline expansion project with Kenney and the federal government, said the premiers’ differences are not insurmountable.

“Certain things happen over the course of history that shock you. A man named Kawhi made me cheer for Toronto,” he said, referring to Toronto Raptors basketball star Kawhi Leonard.

The premiers did agree to press Ottawa to seek exemptions from Buy American rules in the United States, which have been largely blamed for this week’s announcement by Bombardier that it was laying off half its workforce in Thunder Bay, Ont.

The leaders also agreed to send letters to all federal leaders ahead of October’s election, asking them to state their plans on a range of issues including the economy, job training, climate change, reconciliation with Indigenous Peoples and protecting Arctic sovereignty.

“One question in this letter asks the federal leaders if they will commit to a goal of Canadian energy independence and outline how they will achieve that goal,” said Moe.

“I think this would be an important step in building a stronger economy and advancing Canadian sovereignty and Canadian unity.”

Also at the meeting, northern premiers said they expect provinces to do their part when it comes to reducing greenhouse gases in Canada. Nunavut Premier Joe Savikataaq said his territory, which relies on diesel for electricity, is responsible for less than one per cent of greenhouse gas emissions in Canada.

Manitoba Premier Brian Pallister said he was also able to express his concerns with Legault about Quebec’s new law that bans public servants in positions of power from wearing religious symbols.

And while they agreed to disagree on the legislation, Pallister said they agreed on many more issues.

Legault is to host next year’s meeting in Quebec City.