Trump owns up to making things up

Still, Trudeau needn't hold his breath for an apology. Press Secretary Sarah Sanders insisted Trump was in the right while her boss doubled down on Twitter 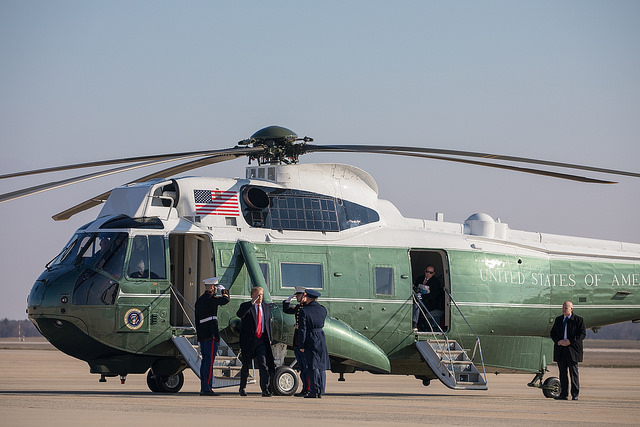 The president made the boastful comments about making up facts during a stop in Missouri earlier this week. PHOTO: Shealah Craighead/The White House

WASHINGTON—President Donald Trump has owned up to making things up.

For a meeting with Canadian Prime Minister Justin Trudeau, Trump was by his own admission unprepared—deficient in the fundamentals of the Canada-U.S. trade relationship that he’d been railing about since the campaign.

He insisted to Trudeau that the U.S. was running a trade deficit with Canada, a statement contradicted by U.S. government statistics. He was winging it, he confided to donors at a private Missouri political fundraiser Wednesday night.

Others might be mortified at being caught short. Not this president.

For Trump the showman, the episode illustrated his skill at improvisation. Still, it was a rare admission that he will say things without knowing if they are true.

Trump’s impulse to replace fact with fiction has defined him as a politician and as a businessman before that.

Depositions reviewed by AP from his litigious years in real estate show a history of dodgy statements about his property and wealth. Asked once about overstating the number of units sold in a Las Vegas tower, he said he didn’t intend his answer to be taken literally.

Trump’s years of questioning President Barack Obama’s citizenship showed a willingness to perpetuate myth that was seen again early in his presidential campaign, when he insisted against all evidence that Muslims took to the streets in New Jersey to celebrate the 2001 terrorist attack across the river in Manhattan.

In office, he routinely misuses numbers—trade statistics among them—and recounts events to suit his agenda even if the facts don’t fit.

Of the Pulse nightclub massacre in Florida, he said, “If you had one person in that room that could carry a gun and knew how to use it, it wouldn’t have happened, or certainly not to the extent it did,” a statement belied by the fact that the club had an armed guard on duty who immediately exchanged fire with the gunman.

In leaked audio of the Missouri fundraiser, first reported by The Washington Post, Trump says that in his meeting with Trudeau, he thought the U.S. must be running a trade deficit with Canada because the Canadians have been smart about trade and “we’re so stupid.”

“Nice guy, good-looking guy, comes in—’Donald, we have no trade deficit.”’ Trump recounted. “He’s very proud because everybody else, you know, we’re getting killed.”

Trump went on to say that his position was ultimately vindicated when he had U.S. and Canadian aides take a closer look at trade between the two countries. That conclusion is not supported by the numbers.

White House press secretary Sarah Huckabee Sanders on Thursday insisted Trump was right, saying: “Well the president was accurate, because there is a trade deficit and that was the point he was making, is that he didn’t have to look at the specific figures, because he knew that there was a trade deficit.”

Canadian Foreign Affairs spokesman Adam Austin offered this counter: “According to their own statistics, the U.S. runs a trade surplus with Canada.”

Trump mischaracterizes the trade balance by considering only trade in goods and ignoring services. On goods, the U.S. ran a deficit of $17.6 billion with Canada last year. That was offset by a surplus in trade in services.