Report: EU aims for bloc to go climate neutral by 2050

The European Commission is the first major economy to set its sight on achieving climate neutrality, but its proposal isn't binding 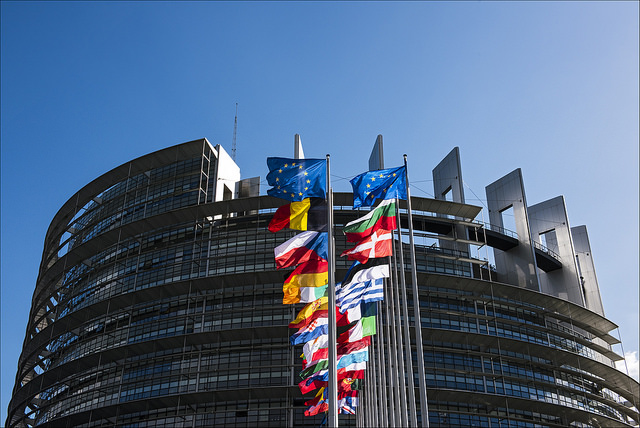 BERLIN—The European Union’s executive branch proposed Wednesday that the bloc should cut its emissions of greenhouse gases to net zero by 2050, a measure scientists say needs to be adopted worldwide in order to avoid catastrophic global warming.

The European Commission is the first major economy to set its sight on achieving climate neutrality in the next three decades. But the plan, which was announced days before a global climate summit, is far more ambitious than the national targets set so far by many of the EU’s 28 member states.

The EU’s climate chief, Miguel Arias Canete, cited a recent scientific report that warned of deadly consequences for many species on Earth from rising temperatures.

“This has been a real wake-up call,” Arias Canete told reporters in Brussels. “And today we are responding to this call.”

Experts say ending the use of fossil fuels—a process known as decarbonization—is one of the most important measures needed to achieve the 2015 Paris accord’s goal of limiting global warming to 1.5 degrees Celsius (2.7 Fahrenheit) by the end of the century.

Net zero emissions mean that any greenhouse gases emitted need to be soaked up by forest growth or new technologies that remove carbon from the atmosphere.

Arias Canete said the tools to achieve this target already exist. “We are not inventing the wheel,” he said.

Still, he noted that considerable investment will be needed to shift Europe’s economy away from fossil fuels, and this needs to be done in a socially acceptable way.

The Commission’s proposal, which was welcomed by environmental groups, isn’t binding. But it adds pressure on member states that have resisted setting tighter goals for cutting greenhouse gas emissions.

Germany, Europe’s biggest economy, is expected to miss its goals for 2020 and Chancellor Angela Merkel has objected to raising its reduction target for 2030 from 40 per cent to 45 per cent.

Berlin is doubling its funding for the Green Climate Fund to 1.5 billion euros (US$1.7 billion) to boost environment-friendly measures in developing countries.