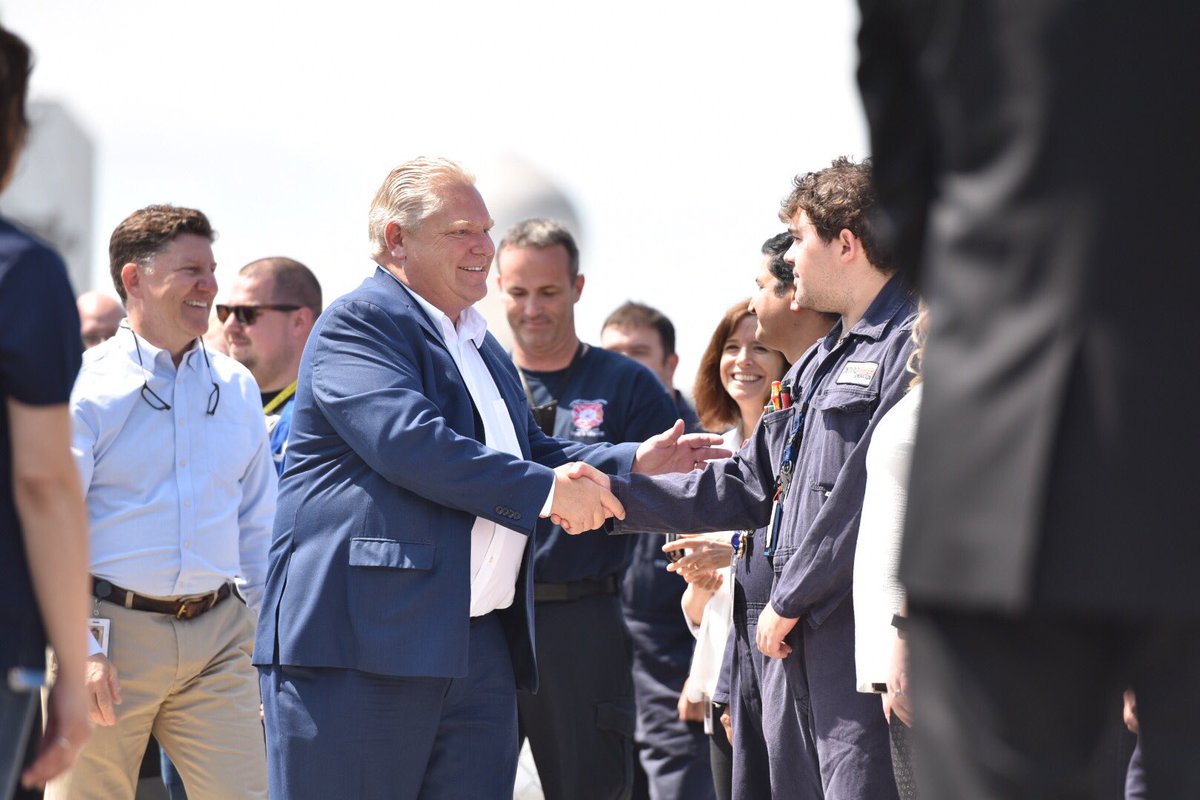 “I made a promise to the people of Durham and the workers here in Pickering, that we would stand up for them & the more than 7,500 jobs across Ontario that depend on this site” Ford said on Twitter of the nuclear plant. PHOTO: Doug Ford/Twitter

PICKERING, Ont.—Doug Ford says he is delivering on his campaign promise to keep the Pickering Nuclear Generating Station open until 2024.

In a news conference at the generating station this morning, the premier-designate said the move would protect thousands of jobs.

The power plant east of Toronto became a hot button issue during the election campaign that propelled the Progressive Conservatives to a majority this spring.

The New Democrats, who will form the official Opposition, came under fire after putting forward a plan to start decommissioning the plant this year.

The outgoing Liberals had planned to keep it operating until 2024, and suggested shutting it down this year would put Ontario’s energy supply and the production of medical isotopes at risk.

Ford also vowed to keep the plant open until then.