Aimed at lowering hydro bills, the program offers free or subsidized energy efficient household products to those who qualify 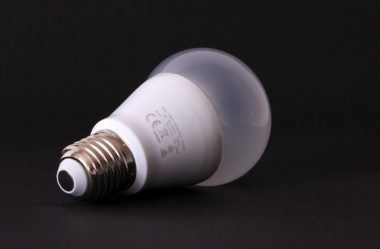 The program aims to help households pay for items such as new LED light bulbs, power bars and fridges

The program offers residents help buying both small- and big-ticket items such as LED light bulbs, improved home insulation and energy efficiency refrigerators. For those who qualify, some products will be free, while others will be subsidized.

The province’s Minister of Energy, Glenn Thibeaul, was in Hamilton to launch the new program Oct. 24. The announcement comes as the Liberals continue to face blowback for their energy policies that have raised rates across the province considerably over the past decade.

“By providing electricity customers with tools to improve the energy efficiency of their homes, we’re helping reduce pressure on their pocketbooks and protecting the environment,” Thibeault said.

The $100 million fund is part of the province’s contentious Fair Hydro Plan, which will cut residential electricity bills by about 25 per cent over the short term, but ultimately cost ratepayers more than $1 billion.

The province says LED lights and more efficient fridges can save households $10 and $90 respectively on their annual hydro bill. The program also includes items such as power bars and air conditioners.

Both renters and owners can apply for the program, which determines eligibility based on total household income and average electricity bill.