Treasury Board President says the audit found the increase in government spending has outpaced population growth by 1.9 per cent 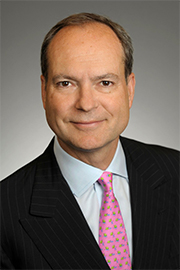 Peter Bethlenfalvy, president of the Ontario Treasury Board. PHOTO: Legislative Assembly of Ontario

TORONTO – A line-by-line review of the Ontario government’s spending has found the province’s operating expenses grew by 55 per cent over 15 years.

Treasury Board President Peter Bethlenfalvy says the audit by EY Canada found the increase in government spending has outpaced population growth by 1.9 per cent.

Bethlenfalvy previously said the firm would audit all government programs and services, something Premier Doug Ford had promised during the spring election campaign.

He said the audit, combined with an independent commission of inquiry, would help the Progressive Conservative government assess the province’s financial position.

The province also conducted online surveys where people could weigh in on how to make government programs more efficient.

On Monday, Ford announced a select committee to dig further into the province’s fiscal situation, while slamming his predecessor’s handling of Ontario’s books.