No tariffs on Canadian Lobster in CETA trade pact

by Sylvain Charlebois, professor in Food Distribution and Policy, Dalhousie University, via The Canadian Press  August 8, 2017 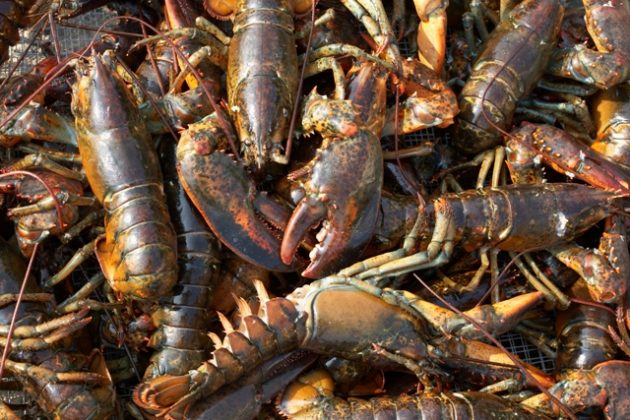 Canada’s lobster industry has had its lean times, but CETA’s trade rules could change that

TURO, N.S.—Let’s face it: lobsters are not easy on the eyes. The first person to discover that these hideous crustaceans were edible deserves a medal or two.

At one time, lobster was a poor man’s protein that was fed mainly to prisoners. These days, however, the crustacean is enjoying more love than ever; even President Donald Trump and French President Emmanuel Macron recently dined on blue lobster at the Eiffel Tower. Prices are up, and demand is high; right now, things are looking up for the industry.

Lobster’s popularity, however, has recently forced some food service companies to alter their seasonal menus. McDonald’s stopped selling the McLobster in the Atlantic region this summer due to higher lobster prices.

All Atlantic region provinces and Quebec harvest lobsters, with Nova Scotia the largest producer by far. The Canadian industry is now valued at over $1 billion, double what it was in 2010. Suppliers cannot keep up with the growing appetite for lobster around the globe. Canadian lobster exports to China in particular have tripled since 2012; it’s even sold online to China thanks to Alibaba, Asia’s Amazon.

But the lobster industry has had its lean times. For several years, lobster was not only cheap, it wasn’t eaten regularly and was relatively unpopular compared to today. Those in the Atlantic region, and curious tourists, often noshed on lobster, but not many others.

As a result, the industry started marketing lobster as an ingredient and not an entire dish. This shift in focus changed everything. There are lobster burritos, beer, donuts—lobster anything can now be found on menus from coast to coast. The industry discovered that selling lobster as an ingredient attracted a different kind of consumer—one who is not keen on going through the fuss and effort of eating an entire lobster the way true Maritimers do.

Lobster meat also makes a strong case for itself, health-wise. While it’s long been considered a rich and indulgent feast, lobster actually contains fewer calories than an equal portion of skinless chicken breast if you hold the melted butter. Lobster is also a healthy source of omega-3 fatty acids, potassium, and vitamins E, B-12 and B-6.

But due to ongoing trade developments, the lobster aficionado may be in for even higher prices while Canadian lobster producers are sitting pretty.

No tariffs on Canuck lobster under CETA
The Comprehensive European Trade Agreement (CETA), soon to be implemented, will give a significant boost to Canada’s harvesters over those from Maine. Europeans will pay for Canadian lobsters tariff-free, while they pay a surcharge to Americans.

Once freight and shrinkage fees are calculated in, lobsters can get expensive, so the CETA could make a significant difference to the prices charged for Canadian lobster in the European Union. Europe imported more than $150 million in lobster from the United States last year, slightly less than what they imported from Canada.

The combination of Canada’s lower dollar and CETA makes our products more financially attractive to a continent teeming with affluent and hungry consumers. Under the protectionist Trump administration, however, it’s not likely that we’ll see Washington work to level the lobster playing field any time soon. Nonetheless, lobster could come up during the upcoming NAFTA renegotiations.

CETA, however, could also benefit Americans since they send a good portion of their lobster catch to Canada for processing. Americans can rely on Canadian-based processing to increase sales by passing through Canada.

With all this lobster momentum, it’s crucial not to price the product out of the retail market. These days, a $30 lobster roll is not unusual, and soaring prices may turn consumers away from the tasty crustaceans. That’s what happened to beef a few years ago when prices skyrocketed, forcing consumers to look elsewhere. Given the perception that lobster is, for the most part, a luxury product, it won’t take much for consumers to walk away if prices climb too high.

The industry, supported by the Lobster Council of Canada, is doing things right and should continue on the same path, making the commodity more accessible is key to lobster’s future success.

Canadian lobster producers just adopted a new branding strategy to tell their story. It’s a timely move, since there were suspicions about some global mislabelling of Canadian lobster. Food fraud is real, and it’s being addressed by the sector.

Canada’s lobster industry has had its share of success and failure over the years, but from the outside looking in, it appears to be starting to take control of its own destiny. You rock, lobster.

This article was originally published on The Conversation. Disclosure information is available on the original site. Read the original article here.