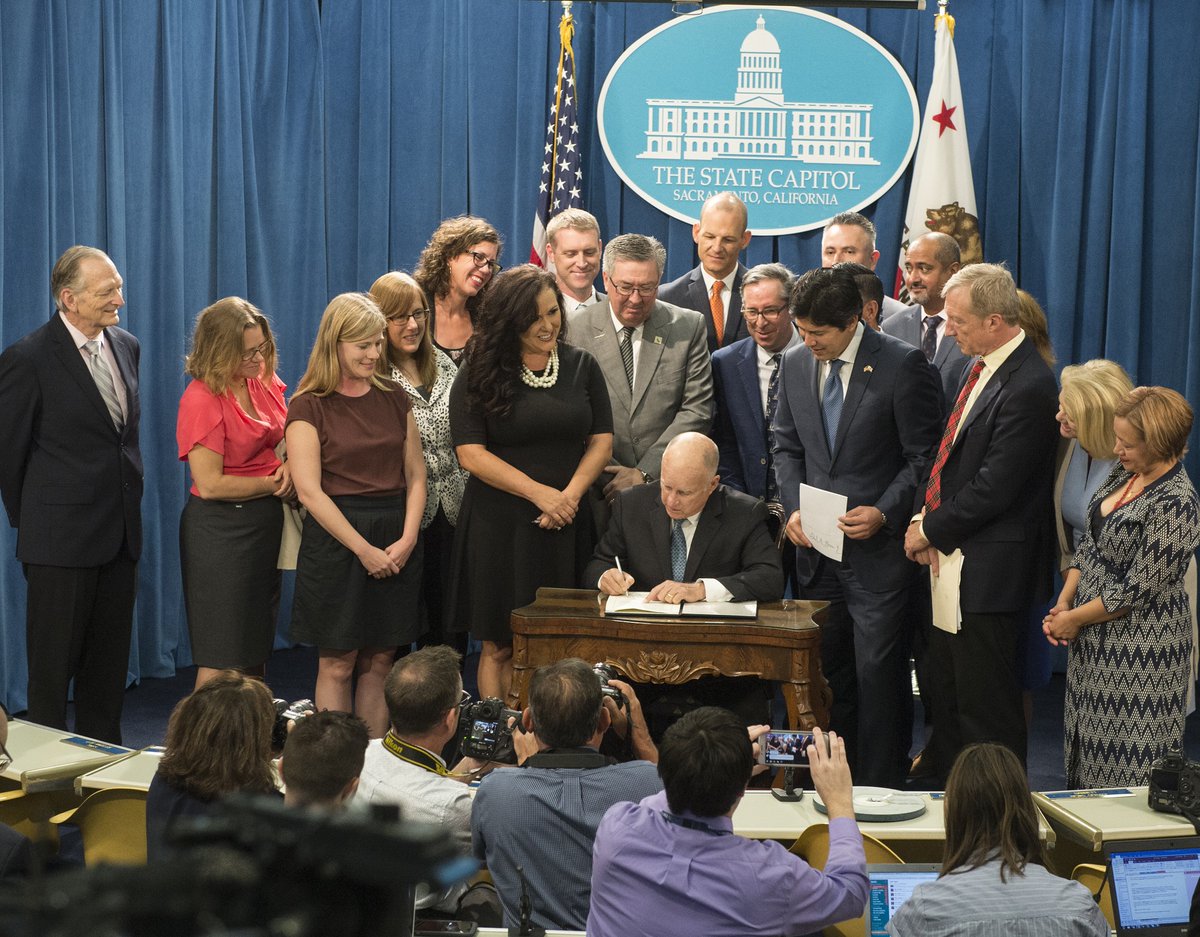 The bills he signed into law aim to increase the number of zero-emission vehicles and charging stations and reduce the number of heavily polluting cars and trucks.

The effort is key to California’s goal of reducing greenhouse gas emissions because pollution from vehicles has risen even as emissions from other sources drop.

Transportation is the largest contributor to California’s greenhouse gas emissions at about 50 per cent and accounts for about 80 per cent of smog-causing pollution. While other sectors have declined over time, especially emissions from power plants, the California Air Resources Board said transportation emissions rose 4 per cent between 2014 and 2016.

“Whether we travel by car, bus, or boat the need to move to zero-emission transportation is urgent,” Brown said in a statement. “These bills will help get more clean cars on the road and reduce harmful emissions.”

The Democratic governor signed the measures as he hosts a summit in San Francisco of climate change leaders from around the world. It comes days after Brown approved California’s new goal of phasing out electricity produced by fossil fuels by 2045.

He signed the bills during the maiden voyage of the San Francisco Bay Area’s first plug-in hybrid electric ferry, dubbed the Enhydra after the Latin name for the sea otter. The 128-foot-long Red and White Fleet sightseeing ferry can carry 600 passengers on its three decks.

Brown said eight of the bills he signed would aid lower income areas affected by pollution, promote buildings that generate as much energy as they use, encourage the use of less harmful gases in refrigerants, and boost penalties for new trucks equipped with older, higher-polluting engines.

Brown, who leaves office next year, is promoting California as a global leader in combating climate change, but some critics say he has not been doing enough particularly to curb the extraction of fossil fuels.