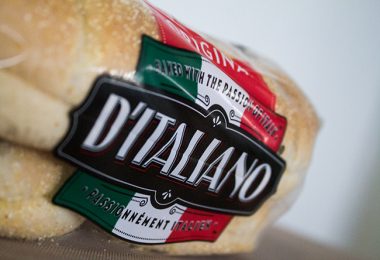 CALGARY—The national bread price-fixing scandal has sparked heated debate over the Competition Bureau’s immunity program, with law enforcement experts defending the effectiveness of the practice and a government accountability critic arguing it lets offenders get away with crime.

Bakery wholesaler George Weston Ltd. and subsidiary grocer Loblaw Companies Ltd. were granted immunity from prosecution in return for their co-operation in an investigation under a long-standing bureau program that grants freedom from sentencing to the first party in a cartel who volunteers to co-operate.

According to court documents released earlier this week, the bureau alleges that senior officers at George Weston and rival Canada Bread Co. Ltd. communicated to raise prices in lockstep, then met with five national bread retailers, which agreed to implement the higher prices.

The competition watchdog has said the program, created in 2000, offers “powerful incentives” for informants to come forward, adding it has proven to be one if its best weapons to combat criminal cartels.

Immunity provisions are growing in popularity with government regulators around the world because they are so successful, said Vancouver lawyer Tom Hakemi, who said he has taught about and acted in Competition Bureau and U.S. anti-trust cases.

“I think its biggest effect is its deterrent effect,” he said. “When you know that the members of the cartel have an incentive to get leniency by snitching, it destabilizes the cartel.”

However, Duff Conacher, co-founder of Democracy Watch, said the Competition Bureau’s immunity program offers an offending company an escape route if it becomes aware that its violations are about to be exposed—for example, if a disgruntled employee threatens to do just that.

He believes the bureau would be better off if it provided sufficient compensation and better protection for whistleblowers to offset their personal risk of losing their jobs or facing prosecution.

“If you have an effective whistleblower program and you have the resources to be doing effective best-practice inspections and audits, then the immunity program just amounts to letting one of the violators off the hook. And that’s a bad idea,” he said in an interview.

The bureau’s cartels and deceptive marketing branch granted 82 parties immunity over 39 months from 2014 through to June 2017, according to a spokeswoman. In 2016, the most recent year for which data is available, fines for price-fixing and bid-rigging cases totalled $13.4 million, 98 per cent of which were initiated by an immunity applicant.

Cadbury Adams Canada Inc. used the bureau’s program in 2007, when it agreed to provide details of a chocolate price-fixing conspiracy in return for immunity from prosecution.

The investigation resulted in criminal charges against three companies and three individuals, and one of the companies, Hershey Canada Inc., subsequently pleaded guilty and was fined $4 million in 2013.

Being able to offer immunity is a vital tool in crime-fighting, said senior investigator Sandy Boucher of accounting firm Grant Thornton LLP, citing his experience in his current role, as well as 12 years as a street cop and narcotics officer with the Hong Kong police force in the 1980s and ’90s.

“If you are trying to investigate and prosecute people involved in conspiracy, there really isn’t a better way to do it than to get a co-operating insider,” he said.

“The most effective way is, No. 1, to get someone to blow the whistle … or No. 2, to do a deal with somebody who is a member of the conspiracy.”

Boucher said he finds it frustrating when a member of a conspiracy or cartel gets off “scot-free” but pointed out that often, evidence of a conspiracy can only be provided by someone who was in the room when the parties were conspiring.

However, Conacher maintains it’s impossible to tell if the Competition Bureau’s immunity program is effective because it’s unknown how many cases would have been reported anyway under a stronger whistleblower program.

He believes Canada’s whistleblower program might be more effective if it emulated U.S. government agencies which reward whistleblowers with a percentage of recovered funds for reporting wrongdoing.

He praised the Ontario Securities Commission for its program adopted in 2016 to pay whistleblowers up to $5 million if they report information that leads to fines or voluntary payments of $1 million or more.

Boucher, however, pointed out that paying someone to provide evidence also raises ethical questions.

According to the Competition Bureau’s website, an applicant under its immunity program can request an “immunity marker” as confirmation that it is the first party to make a request with respect to “criminal anti-competitive activity” involving a product or business. Only one party or one set of affiliated parties can qualify.

Once the marker is granted, the applicant has a limited period of time, usually 30 calendar days, to provide a detailed statement called a “proffer” describing the illegal activity, its effects in Canada and the supporting evidence.