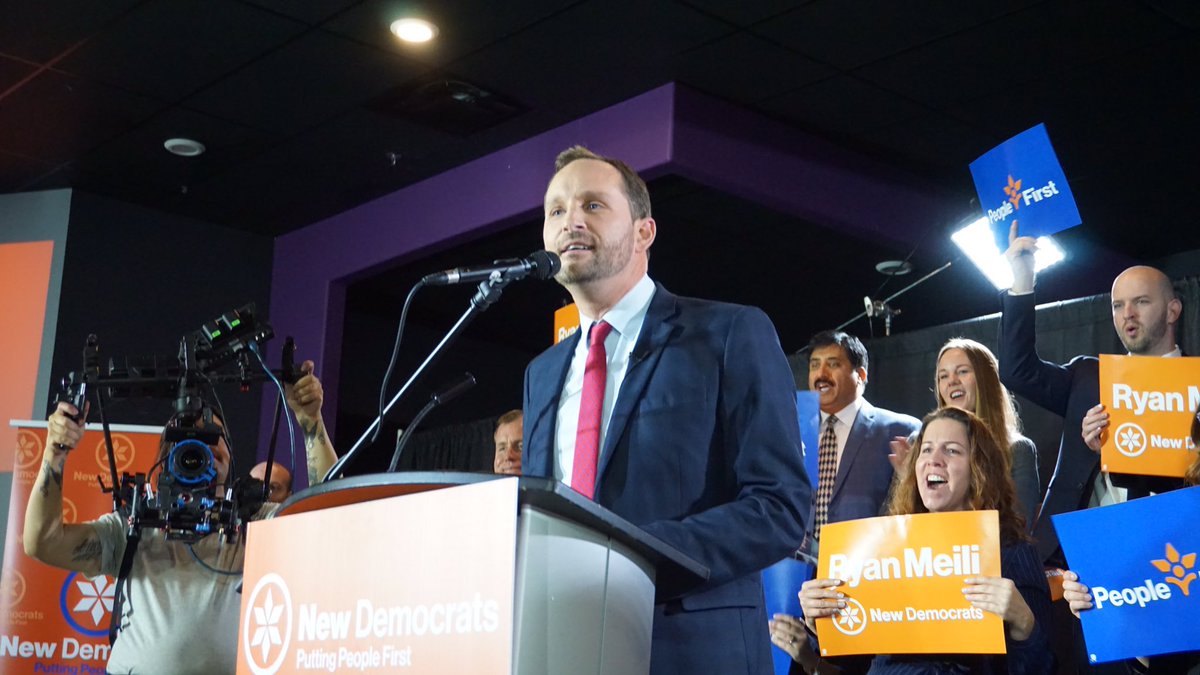 PRINCE ALBERT, Alta.—Saskatchewan NDP Leader Ryan Meili told delegates at the party’s annual convention that he’s committed to a Saskatchewan-first procurement policy for infrastructure as his Opposition party gets ready for an election that’s only a year away.

Meili said in his speech in Prince Albert on Saturday morning that the New Democrats’ plan is to ensure that public dollars go into local companies who hire local workers.

“Under the SaskParty, we see almost all of the major projects going to out-of-province or even out-of-country companies. When it’s our hospitals, our roads, our schools, our bridges, Prince Albert, built with our tax dollars, don’t you think we should be building them with our companies and our workers?” Meili said to cheers and applause.

The issue of preferential hiring of Saskatchewan workers has caused strife with neighbouring Alberta in the past.

In 2017, Saskatchewan banned vehicles with Alberta licence plates at its job sites. Saskatchewan said it was in response to similar rules at Alberta sites, but never provided any proof and dropped the ban in early 2018.

Meili on Saturday, however, argued that one of the best ways to make the province’s economy successful for everyone is to ensure the wealth generated in Saskatchewan stays there.

He supported his case by alluding to recent problems with a new psychiatric hospital in North Battleford, which is now the subject of an independent audit after higher-than-normal levels of copper and lead were found in its water system.

The NDP has said the government put SNC-Lavalin in charge of maintaining the $407-million hospital, which has already needed roof repairs.

“I bet Saskatchewan workers could build a hospital where the roof doesn’t leak, the wards don’t flood and you can safely drink the water,” Meili said Saturday.

The next Saskatchewan election will be held Nov. 2, 2020.

The NDP only hold 13 of the 61 seats in the provincial legislature, and haven’t held power since Lorne Calvert’s government was defeated by the Saskatchewan Party in 2007.

Meili told delegates the NDP is an underdog that punches above its weight, and suggested it may be better if party opponents don’t see it coming.

“They’ve written us off before. Just think about Tommy Douglas, the original underdog. The little guy working for the little guy. Do you think he had the establishment in his corner?” Meili asked the delegates.

“Nothing’s ever been handed to New Democrats.”

Meili pledged during his speech that an NDP government would cap class sizes, saying if elected there won’t be a single class from kindergarten to Grade 3 with more than 24 children. He also criticized “hallway medicine” in hospitals, saying it has become normal under the current government.

Premier Scott Moe posted to Twitter on Saturday a reminder, specifically to people in Prince Albert and the surrounding region, that the government is entering the final planning stages for a new hospital in the city.

He said it would join five other new or replacement hospitals built in Saskatchewan since 2007.