Some bidders for the wall included solar panels and nuclear waste trenches in their designs, others touted ballistic-grade concrete or scenic viewpoints for tourists 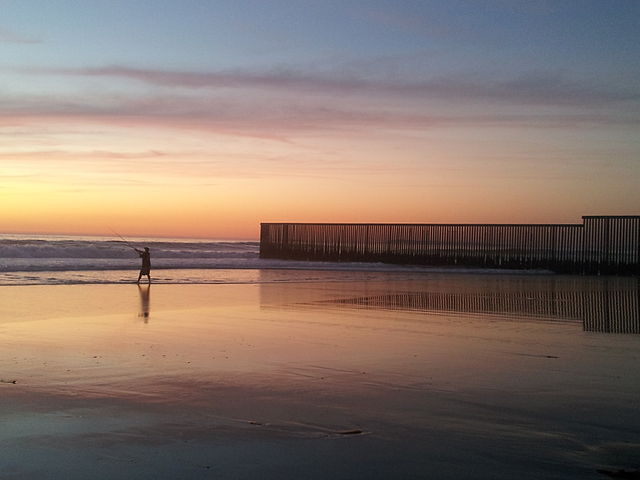 SAN DIEGO—One bidder wants to cover President Donald Trump’s border wall with solar panels. Another suggests building a wall large enough for a deck that would offer tourists scenic views of the desert.

In the competition to build the wall, traditional bids are interspersed with more whimsical ideas.

As the April 4 deadline for bids passed, U.S. Customs and Border Protection declined to identify bidders or say how many there were, which is standard practice in government contracting. The federal government expects to announce around June 1 which companies will be hired to build prototypes.

Designs must be able to repel pickaxes and sledgehammers for at least an hour and be esthetically pleasing from the north side.

“This isn’t the kind of project that you’d want to put in your portfolio, said Gene Grabowski, a partner in kglobal, a Washington public-relations firm. ”Unlike a dam or bridge, this is one where the risk of being associated with the political philosophy of the administration can be damaging to current and future business.“

That did not stop some companies from releasing their plans—some traditional, some more imaginative.

Concrete Contractors Interstate proposed a polished concrete wall augmented with stones and artifacts that are tailored to different sections of the 2,000-mile border.

“The idea is to make the wall a piece of art,” said Russ Baumgartner, chief executive officer of the San Diego-based company.

Gleason Partners LLC of Las Vegas said its solar panels would generate two megawatts of electricity an hour. Both proposals were first reported by The San Diego Union-Tribune.

“For the younger generation, they say if there is going to be a wall, let’s have it be green,” said Gleason Managing Partner Thomas Gleason.

The other specifications, like preventing people from digging tunnels beneath the wall, will eliminate some designs immediately. Winners must also have done border security or similar projects worth $25 million or more in the past five years.

A U.S. official with knowledge of the plans who spoke on condition of anonymity because the details have not been made public said four to 10 bidders are expected to be chosen to build prototypes for $200,000 to $500,000 each.

The prototypes will be constructed on a quarter-mile (400-meter) strip of federally owned land in San Diego within 120 feet (37 metres) of the border, though a final decision has not been made on the precise spot, the official said.

The Border Patrol and local police would establish a buffer zone around the construction site if necessary, the U.S. official said. The San Diego police and sheriff’s departments said they will respect constitutional rights to free speech and assembly for law-abiding protesters.

The prototypes are preliminary steps for a project that will face deep resistance in Congress and beyond.

Among other proposals were Clayton Industries Inc. of Pittsburgh’s plan to store nuclear waste along the wall in trenches that are at least 100 feet (30 metres) deep and an Arizona firm’s proposal, which included ballistic-grade concrete and a slick coating that would prevent climbing.

“You could fire a tank round at it and it will take the impact,” said DarkPulse Technologies founder, Dennis O’Leary.

During the campaign, Trump repeatedly said that Mexico would pay for the wall, but he has since requested that Congress approve billions of dollars in taxpayer money. Democrats vow to oppose any wall funding, and many Republicans are also wary of his plans for a massive brick-and-mortar barrier.

Meanwhile, the head of Homeland Security said that arrests of people entering illegally across the border plummeted last month. That’s a signal that fewer people are trying to sneak into the U.S.

In written testimony submitted Tuesday to a Senate panel, John Kelly said fewer than 12,500 people were caught crossing the border last month. That compares with more than 43,000 who were detained in December. It’s the lowest monthly figure in at least 17 years.

Kelly said the decrease is “no accident” and credits Trump’s approach to illegal immigration. The administration has not yet changed how the border is patrolled, but the president’s tough talk on immigration and arrests of immigrants living in the country illegally have likely acted as deterrents.

An “interested vendors list” on a government website for contractors lists more than 200 companies. It’s unclear how many of those companies bid and how many that do not appear on the list submitted proposals.

“If you win, you have a contract,” Grabowski said. “If you lose, you have the publicity of competing for the business without the payoff of the contract. I think companies would want to avoid that.”