Blockbuster deal would be the largest order to date for Bombardier's new line of commercial jets, boosting CSeries orders nearly 20 per cent 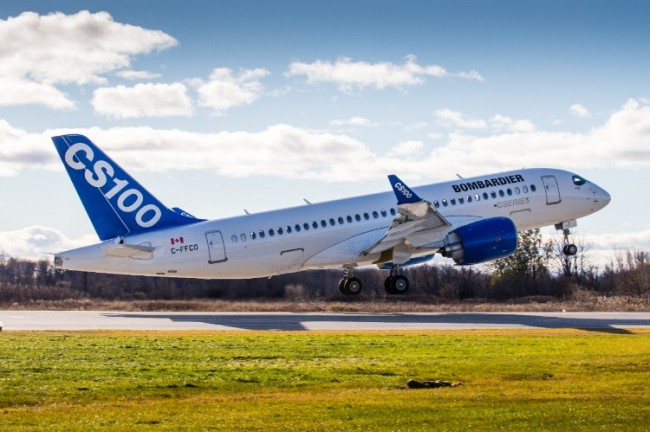 MONTREAL—Delta Air Lines is reportedly on the cusp of ordering up to 125 CSeries commercial jets from Bombardier.

The Wall Street Journal, quoting three people is says are familiar with the negotiations, says a deal on firm orders for 75 planes and options on 50 others is expected to be finalized by the end of April when the Atlanta-based airline holds a board meeting. At list prices, a firm order for 75 CS100s would net Bombardier close to US$5.4 billion.

Delta’s incoming CEO, Ed Bastian, says the airline plans to provide more information about its fleet renewal plans at an investor day May 16. Bombardier declined to comment on the report.

Delta is seeking to replace its aging fleet of McDonnell Douglas MD-80 jets.

If confirmed, the order would be an important boost to the struggling Montreal-based aircraft manufacturer. It has booked orders and commitments for 678 CSeries aircraft, which includes firm orders for 250.

The delayed and overbudget aircraft is slated to enter into service with CS100 deliveries to Swiss Airlines by the end of June, with the larger CS300 with up to 160 seats following by year-end.

On the Toronto Stock Exchange, Bombardier’s shares closed up almost seven per cent at $1.53 in trading Thursday.