The Conservatives have been crowing about the 30-year-old F-18s Ottawa plans on buying to replace its aging fighter fleet, and Ontario MP Tony Clement calls them a "bucket of bolts." Here we put that assertion to the test 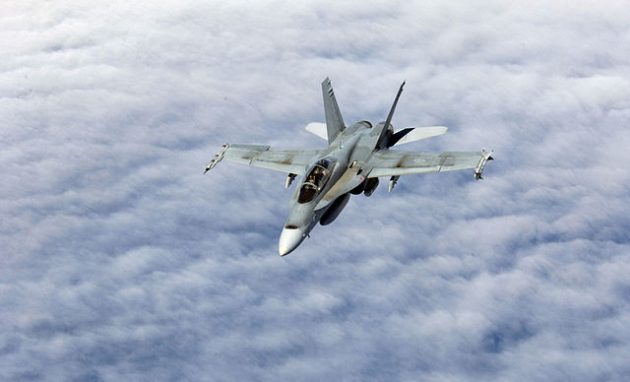 OTTAWA—Another chapter was added this week to the interminable saga to replace Canada’s aging fleet of F-18 fighter jets when the Liberal government officially abandoned plans to buy 18 Super Hornets from U.S. aerospace giant Boeing, which is in the midst of a bitter trade dispute with Montreal-based Bombardier.

Canada will instead purchase 18 used F-18s—similar to the CF-18s the Royal Canadian Air Force is using now, and just as old—as an interim measure to deal with what the Liberals call a critical shortage of jets until they can replace the whole fleet.

The Conservatives have been crowing about the second-hand, 30-year-old planes, and Ontario MP Tony Clement calls them a “bucket of bolts,” and a rusty one at that.

“The Liberals are buying rusted-out fighter jets from Australia even though the defence minister actually said that they would never buy used planes. We know that these 80s-era (planes) are rusted out because a 2012 Australian report said corrosion was so bad that the number of active flying days had to be cut. This is not a bucket of bolts, Mr. Speaker. This is a bucket of rusted-out bolts, Mr. Speaker. Why are they going back on their word?” said Clement during Question Period on Dec. 12.

Allowing some room for rhetorical flourish, particularly during the proverbial cut and thrust of question period, are the jets indeed as old, corroded and useless as Clement suggests?

The Canadian Press Baloney Meter is a dispassionate examination of political statements culminating in a ranking of accuracy on a scale of “no baloney” to “full of baloney” (complete methodology below).

This one earns a rating of “a little baloney.” Here’s why:

The facts
Clement based his assertion on a 2012 report from the Australian National Audit Office, which examined the impact of prolonging the use of the jets beyond 2020, in order to better align with the expected delivery date of the new F-35 stealth fighters produced by U.S. defence giant Lockheed Martin.

That report pointed out the planes were showing signs of fatigue ahead of schedule, becoming more costly to repair and, yes, getting rusty.

“Corrosion is also a significant threat to the continued airworthiness of aged aircraft, over and above the limitations imposed by airframe hours and fatigue,” said the report.

The auditor general noted this was not yet affecting the ability to fly, but could put the goal of making it to 2020 at risk.

The report also said airframe corrosion was being discovered more often and fixing it was getting more expensive. It also, as Clement emphasized, more than doubled the time the fleet was unavailable to fly.

Not all hope was lost, the report concluded—but it would be expensive.

“As long as corrosion is effectively managed by Defence so that it does not affect structural integrity, corrosion will remain a matter of budgeting and management rather than a threat to capability.”

The experts
It turns out military planes are not the only things that begin to show their age.

That new algorithm, which the Australian Department of Defence described as thoroughly peer-reviewed and tested, showed the situation to be less dire _ welcome news to the government, which like Canada had been dealing with its share of delays and controversies surrounding its purchase of F-35s.

“They found a new way of measuring fatigue and realized in fact it wasn’t as bad as they thought,” said Layton, a visiting fellow with the Griffith Asia Institute at Griffith University, near Brisbane, Australia.

“Clearly, it is true that the jets are not as bad as the auditor’s report said they were,” he said. “That is sort of old news that has been overtaken by events.”

Other factors to consider
Cmdr. Brad Vizard, the defence attache to the Australian High Commission in Ottawa, said the fighter jets have had some major upgrades.

“There have been significant investments in the development of structural modifications that have extended the life of the fleet, which has kept them operational and kept them in operations,” said Vizard, noting the Royal Australian Air Force plans to keep flying its remaining planes until 2022.

Since the Australian jets are so similar to the CF-18s, the Royal Canadian Air Force could improve them even more. That’s the plan, said Daniel Le Bouthillier, a spokesman for the Department of National Defence.

“Canada has invested in the development of additional structural modifications that Australia did not,” Le Bouthillier wrote in an email. “These modifications are currently being applied to Canadian aircraft, but could also be applied to Australian aircraft acquired by Canada, thereby allowing a further life extension.”

Le Bouthillier, who said the Canadian government is aware of the 2012 report, noted the Australians have since brought in measures to mitigate the rust—and besides, the Canadian climate has not caused the same issues with rust.

Andre Deschamps, a retired lieutenant-general with the Royal Canadian Air Force, said that even if the Australian fighter jets are nearing the end of their lives, they will not be needed for all that long.

“A thousand hours should do us,” he said.

Tom Lawson, a former chief of defence staff, said it would not be fair to dismiss the usefulness of the Australian planes the way Clement has been doing, given they are still operational.

But he also does not entirely blame him.

“Certainly there is some point to Clement’s comments in that there fully was an expectation by the government that we were going to get a new interim aircraft en route to a brand new replacement at some point,” said Lawson.

Still, he said it would be hard to argue against buying planes so compatible with the current CF-18s as a stopgap.

“It’s expensive, and a much better way is to just go to competition really fast and save your money, but this is a viable way forward.”

The verdict
Clement said he was not persuaded by the new math—although, he joked, relieved to learn The Canadian Press wasn’t taking him too literally.

Still, when one takes both the upgrades and the new algorithm into account, it might be a bit of a stretch to call them a bucket of bolts.

As Gen. Jonathan Vance, the chief of the defence staff, said Tuesday, the planes are not only ready to fly—they are already flying.

“Make no mistake, these aircraft will work fine and those aircraft are very much needed,” he said.

For this reason, Clement’s statement contains “a little baloney.”

Methodology
The Baloney Meter is a project of The Canadian Press that examines the level of accuracy in statements made by politicians. Each claim is researched and assigned a rating based on the following scale:

No baloney: the statement is completely accurate.

A little baloney: the statement is mostly accurate but more information is required.

Some baloney: the statement is partly accurate but important details are missing.

A lot of baloney: the statement is mostly inaccurate but contains elements of truth.

Full of baloney: the statement is completely inaccurate.