N.L. shipper Oceanex says federal ferry subsidies are putting it out of business

Oceanex says it's being priced out of the market by crown corporation Marine Atlantic, citing a new report that says subsidies and waived fees allow Marine Atlantic to provide services at half their true cost 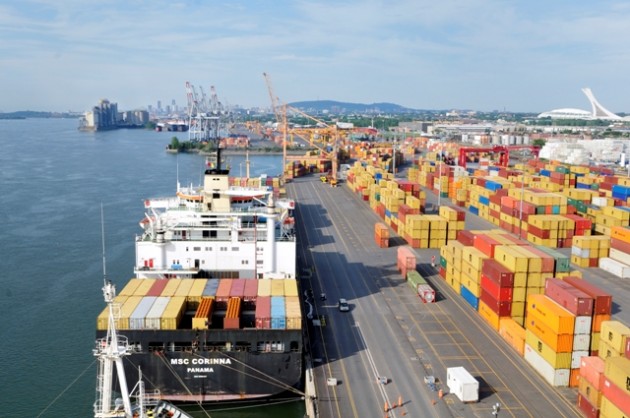 ST. JOHN’S, N.L.—A marine shipping dispute is challenging the country’s constitutional obligation to its youngest province, as a newly released report finds federal subsidies for Marine Atlantic ferries are pricing private carriers out of the market.

Marine Atlantic, a Crown corporation operating ferries between Newfoundland and Nova Scotia, uses federal tax dollars to provide shipping at less than half its true cost, according to a Transport Canada report prepared by CPCS Transcom.

The subsidies create a “market distortion and entry barrier” for private-sector players, the report said, noting that Marine Atlantic would have to double its prices or cut its operating costs in half to level the playing field.

“In dollar terms the government of Canada provides live loads (driver-accompanied trucks) and drop trailers travelling on the Port Aux Basques routes with a subsidy of roughly $800 per direction,” the CPCS report said.

The report was obtained by Oceanex Inc., a private marine shipper which is fighting Marine Atlantic in court, through an Access to Information request.

“We’re not looking for a special deal. We just want a level playing field,” Oceanex executive chairman Capt. Sid Hynes said in an interview. “They’ve got a lot of money to play with and we’re saying that’s not fair.”

The CPCS report said the obligation is to provide a service that is priced “fairly and reasonably,” but Marine Atlantic rates are some of the lowest among Canadian operators.

While Ottawa has an obligation to ensure affordable freight and ferry service, Hynes said the terms of union under the Newfoundland Act doesn’t say the service must be heavily discounted.

The Crown corporation “doesn’t even cover 50 per cent of its full economic costs with its current pricing” an internal Oceanex briefing summary said.

“With the aid of the subsidy, (Marine Atlantic) is pricing Oceanex out of the market, threatening Oceanex’s operational sustainability and affecting the livelihood of our close to 1,000 employees throughout Eastern Canada,” the briefing said.

In addition to sizable capital and operating subsidies, the Oceanex briefing noted that Marine Atlantic also receives aid in the form of waived taxes, wharfage fees, and harbour duties.

Oceanex has filed an application for judicial review of Marine Atlantic’s rates for commercial freight services. A judge is expected to hear the case on Oct. 23 in St. John’s, N.L.