Researchers say the discovery of the gas, which is rarely found on Earth because of how it easily escapes the atmosphere, is a "life-saving find" 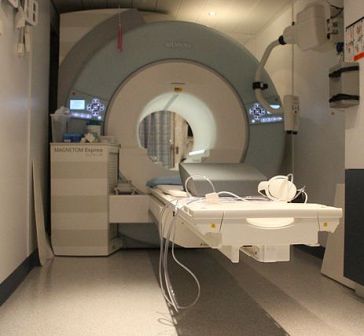 Helium is a key component in Magnetic resonance imaging (MRI) machines. A liquefied form of the gas is used to cool the medical imaging technology’s magnets

JOHANNESBURG—Researchers in Britain say they have discovered a huge helium gas field in Africa that they call a “game-changer for the future security of society’s helium needs.”

An Oxford University statement, issued June 28, says the discovery in Tanzania is the result of a new exploration approach for the precious gas that is critical to spacecraft, MRI scanners and nuclear energy.

Due to the how easily the light-than-air gas escapes Earth’s atmosphere, a helium shortage has always been a global concern. The statement says this is the first time the gas has been found intentionally, though helium has been found in small amounts accidentally during drilling for oil and gas.

“To put this discovery into perspective, global consumption of helium is about 8 BCf per year,” he said in the statement. “This is a game changer for the future security of society’s helium needs, and similar finds in the future may not be far away.”

Working with a Norway-based exploration company Helium One on the new exploration project, the researchers said the helium became trapped in shallow gas fields in the East African Rift Valley after being released from rocks by volcanic heat.

Pete Barry, with Oxford’s Department of Earth Sciences, said the link to volcanic activity could lead to further discoveries worldwide.

“We can apply this same strategy to other parts of the world with a similar geological history to find new helium resources,” he said.

“Excitingly, we have linked the importance of volcanic activity for helium release with the presence of potential trapping structures and this study represents another step towards creating a viable model for helium exploration. This is badly needed given the current demand for helium.”