With shareholder approval in hand, a review under the Investment Canada Act is the final hurdle to the Chinese infrastructure company's $1.5 billion takeover 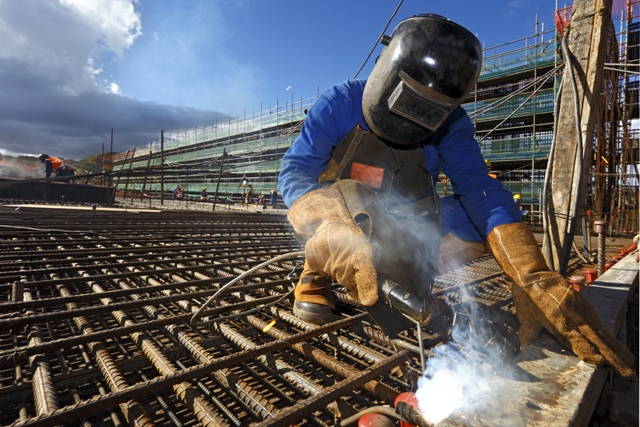 Shareholders voted 99 per cent in favour of the acquisition

TORONTO—Aecon Group Inc. shareholders voted overwhelmingly Dec. 19 to approve a $1.5-billion takeover of the landmark Canadian construction company by a Chinese state-owned firm, leaving a review under the Investment Canada Act as the last remaining hurdle.

Shareholders voted more than 99 per cent in favour of the $20.37 per share cash offer by CCCC International Holding Ltd., a subsidiary of China Communications Construction Company Ltd., surpassing the two-thirds majority approval required.

“It’s a bitter sweet moment for me personally,” Aecon’s long-time chief executive John Beck told the meeting at a Toronto hotel, with roughly 50 people present. “But it’s definitely the right thing for everyone involved with the company.”

However, other acquisitions of Canadian companies by Chinese-owned firms have been met with some wariness.

In 2012, the Harper government allowed Chinese state-owned CNOOC Ltd. to purchase Nexen Inc. for $15.1-billion in what was then the largest oil and gas purchase by China. But, the government said at the time that further takeovers in the oilsands by state-owned companies would not be allowed to continue unless there were “exceptional” circumstances.

The Trudeau government faced criticism earlier this year when it allowed the takeover of Norsat by China-based Hytera Communications Co. Ltd. without a full national security review. Vancouver-based Norsat makes radio systems and transceivers used by the U.S. military and other NATO partners.

Meanwhile, CCCC Ltd. and all its subsidiaries were banned by the World Bank from bidding on construction projects until January of this year. The debarment stemmed from a bid-rigging scandal in the Philippines involving the China Road and Bridge Corporation, which became a wholly-owned subsidiary of CCCC after a corporate restructuring in 2005.

Aecon chairman Brian Tobin said that the CCCC’s issues with the World Bank are in the past.

“They have no issue today with the World Bank whatsoever, they’re quite able to work on those projects anywhere around the world…. That was really a case of a company that they had acquired as opposed to they themselves,” he said in an interview after the meeting.

Ottawa has said it would review CCCCI’s offer to decide if there is a “net benefit” to Canada as required. Trudeau has said the deal will be reviewed “very carefully … to ensure that safety and security is not being compromised.”

The press secretary for Innovation Minister Navdeep Bains said Tuesday that the Investment Canada act involves a rigorous, multi-step process to protect national security. All foreign investment transactions into Canada are subject to this process, which is undertaken in consultation with national security agencies, including the Canadian Security Intelligence Service and the RCMP, he added.

“Each proposed investment is examined on a case-by-case basis and on its own facts and merits,” he said in an emailed statement. “We welcome foreign investment that will benefit the Canadian economy but not at the expense of national security.”

Aecon has a storied 140-year-old history, having worked on Canadian landmarks including the CN Tower, Vancouver’s SkyTrain and the Halifax Shipyard.

The company had said in August that it was looking for potential buyers, and in October it announced the friendly deal with CCCCI.

The deal has received a “no action” letter granting approval under the Canadian Competition Act and Aecon has been advised by the buyer that it has approval from the National Development and Reform Commission, a Chinese economic planning regulator. The final requirement is the completion of the Investment Canada Act review.

When asked for an update on the status of the review or an expected completion date, a spokesman for the Ministry of Innovation, Science and Economic Development Canada said it could not comment on an ongoing review.

Tobin said “there’s a clear net benefit for Canada” from the deal, adding that this will help the construction company “be larger, stronger and more relevant in Canada and more present around the world.”

“Our hope and expectation is that the full approvals will be forthcoming,” he said. “But we respect that there is an appropriate process that is undertaken by government and we are patiently awaiting the conclusion of that review.”