What is two-tier ERP and who is it for?

The approach allows manufacturers to keep the ERP that works best for them, while satisfying corporate information needs

Two-tier enterprise resource planning (ERP) setups are a relatively new phenomenon where individual divisions or companies in a conglomerate run on a different ERP system from the parent company.

The practice has emerged as a practical and cost-effective compromise between responsiveness to the needs of front-line users and integrated information for corporate management.

ERP systems, for those who need a reminder, are software that integrate all the various business functions on one system. In a manufacturing environment, that means sales, production, purchasing, and finance are all working with the same information in a way that results in better order fulfillment, while saving time for all involved.

The tier-one ERP systems are designed to run any organization from government to non-profits to multinationals. They’re very powerful, flexible systems that can be tailored to suit virtually any business environment. This initial flexibility comes at a cost. Specifically, once the ERP system is set up, it becomes very expensive to change.

A number of second-tier ERP systems have emerged over the last couple of decades. These systems—instead of trying to serve the needs of every type of organization imaginable—focus on servicing different niches. They can range from hyper-specialized, such as ERP for metal fabricators, to focusing on the needs of entire sectors. SYSPRO is designed for manufacturers and distributors.

These more focused systems are easier to implement because out-of-the-box they suit their target companies much more closely and require less customization.

When a smaller company gets acquired by a larger one running a tier-one ERP system, the systems often require customizations that take as much effort and cost as the initial implementation.

Even with the large expenditure, there will be compromises. It’s pretty common to see manufacturers buying distributors and vice versa. A tier-one system customized for a distributor would be a poor fit for a manufacturer even with modest customizations. Integrating that manufacturer into the parent company’s system would result in large expenses for a substandard implementation from the manufacturer’s point of view.

One of the most important aspects of any ERP system is the creation of financial records. And for the most part, the accounting functions are basically the same from system to system.

Most ERP systems can communicate with other systems using a set of technologies called Electronic Data Interchange (EDI).

It’s typically much cheaper to integrate two systems through EDI and share financial data than to customize a tier-one system to suit two different business models.

The two-tier setup gives the parent company the information it cares about. The child company or division gets to keep the system that’s probably better suited to their needs. And they get this all at a lower cost.

Should the parent company want to sell a child company or spin it off as a separate entity, they can do so with much less pain for the acquirer.

Some industries, such as mining—where individual mines frequently change hands—make a habit of keeping their child companies on separate systems simply for the convenience of buying and selling.

Any company wanting the flexibility to buy and sell other companies would do well to keep their acquisitions on separate systems to make the transactions easier.

Two-tier ERP setups have emerged as practical solutions to a variety of problems related to customization and integration. They give the parent company flexibility in handling the company. They make the enterprise as a whole more responsive to the varying needs of its component parts. And they do so at a lower cost than complete integration.

A two-tier implementation is worth considering for any company that runs a diverse set of businesses with all parties standing to benefit from the setup in important ways. 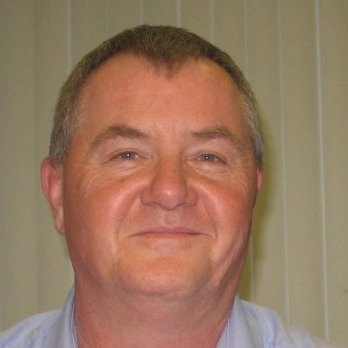 David Doyle is vice-president of sales at SYSPRO Canada. SYSPRO is an ERP application that integrates finance, distribution and manufacturing. To contact David, email: david.doyle@ca.syspro.com or call (604) 451-8889. Learn more about SYSPRO at www.syspro.com