Veterinarians offer ventilators as they fight to be declared essential 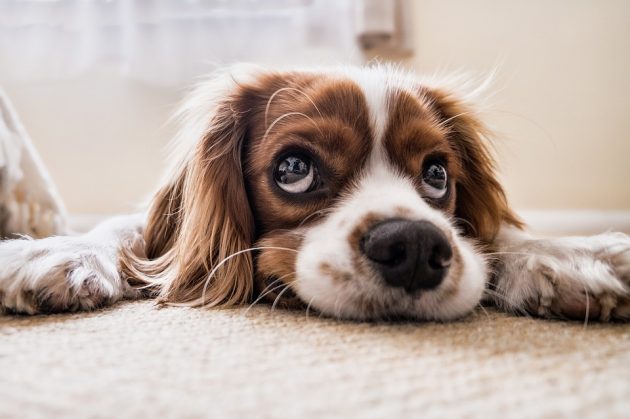 One vet says domestic animals can play an important role in home life in the age of social distancing.

UPDATE: The Ontario government has deemed essential: “Businesses that provide essential items for the health and welfare of animals, including feed, animal food, pet food and animal supplies including bedding.”

OTTAWA — Canada’s veterinarians said they’re willing to join in the nationwide efforts to address the COVID-19 pandemic even as they fight to ensure they’re allowed to keep providing care to the country’s animals.

The Canadian Veterinary Medical Association said several members have come forward offering to make their ventilators available for human use in order to ease the strain on the country’s overtaxed medical system. The association said it’s currently in the process of surveying its members to get a feel for how much spare equipment could be pressed into service if required.

But veterinarians are also hoping to persuade governments across the country to declare them an essential service, saying such a designation would provide greater security during a time of increasing upheaval.

Their efforts come as a growing number of provinces declare states of emergency or implement other measures meant to curb the spread of the novel coronavirus. Quebec and Ontario announced all non-essential business would close within the next 24 hours.

“Veterinarians are an essential service,” said Dr. Ian Sandler, a practising animal doctor and a member of the association’s national issues committee. “We are the health care provider for thousands of animals across Canada, and it’s absolutely critical that we continue to both administer medical care as needed as well as ensure supplies of medication to pet owners across Canada.”

Sandler said veterinary services are necessary for the ongoing care of more than just domestic animals, though noting those animals can play an important role in home life in the age of social distancing.

Limiting access to those services, he said, would place thousands of animals at risk of not receiving crucial care or needed medications.

Sandler said most vet clinics have stayed open so far, noting that they’ve been asked to implement policies in line with advice from public health officials.

Many clinics have greatly curtailed public access to their premises, allowing people in one at a time or even taking animals inside for examination while owners wait outside.

Essential service designation has not been widely implemented as provincial governments ramp up their efforts to combat the pandemic, but at least two provinces have taken steps to keep animal care clinics open.

Veterinarians are listed among businesses allowed to stay open in both New Brunswick and Prince Edward Island, which have declared a state of emergency and public health emergency respectively in recent days.

Vets also made the list of critical services released by the Quebec government on March 23, hours before looming closures of non-essential businesses went into effect.

In Ontario, the provincial government is expected to release March 24 a list of organizations allowed to stay open.

Dr. Hana Schwarz said she has seen no drop in the need for her services since the pandemic brought large swaths of Canadian society to a standstill last week.

She said it’s vital to allow offices like hers to remain open, noting that there is no true alternative to specialized animal care even when it comes to prescribing routine medication.

“About 75% to 80% of the supply that we will prescribe …. are veterinary prescriptions that may not be available at a pet store or a regular human pharmacy,” she said.