The latest snapshot of the economy issued by the U.S. government July 27 showed a 4.1 per cent annual growth rate in the second quarter, the fastest pace in nearly four years. But economists warn it's unsustainable 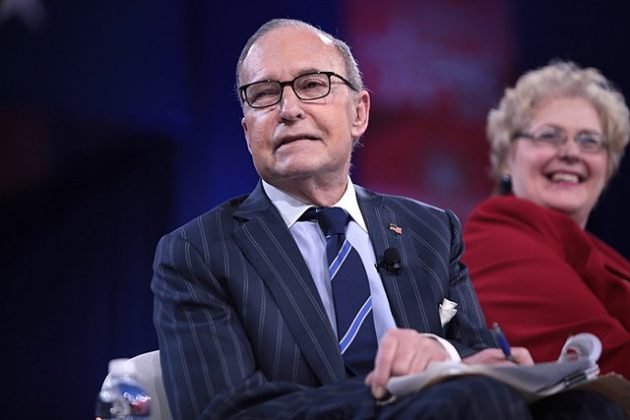 WASHINGTON—President Donald Trump’s top economic policymakers insisted that the robust growth marked in the April-June quarter will maintain its pace and that he respects the Federal Reserve’s independence despite his condemnation of the central bank for raising interest rates.

“We as an administration absolutely support the independence of the Fed, and the president has made it clear that this is the Fed’s decision,” Treasury Secretary Steven Mnuchin told “Fox News Sunday.” He said Trump’s critical statements “are really more just comments saying as interest rates are going up, it’s something that the president has a concern” about.

The Fed isn’t expected to announce a rate increase when its latest policy meeting ends Wednesday. But the central bank is widely anticipated to set the stage for tightening credit again in September for a third time this year and then to likely raise rates again by December. The Fed has raised rates twice this year in response to strong growth, low unemployment and a slight rise in inflation.

Trump has taken credit for that growth, and 10 days ago he criticized the recent rate increases, warning that they could slow the economy’s advance. Criticism of interest rate hikes by the Fed, which is politically independent from the White House and administration, is something no president has expressed publicly in more than two decades.

“I don’t like all of this work we are putting into the economy, and then I see rates going up,” Trump said in an interview with CNBC.

The rate increases are intended to prevent the economy from overheating or inflation from accelerating too sharply. But higher rates make borrowing for homes, autos and credit cards more expensive—an unpopular consequence for consumers.

“The market expects interest rates to keep going up,” Mnuchin said. “So the only question is how far and for how long? And we think the Fed will be very careful in managing the economy.”

The latest snapshot of the economy issued by the government Friday showed an energetic 4.1 per cent annual growth rate in the second quarter, the fastest pace in nearly four years.

Trump and administration officials have declared that the gains are sustainable and will only accelerate. But few economists outside the administration agree with that assessment. And there is concern that the trade battles pursued by Trump could endanger economic growth over time.

The administration has imposed billions of dollars in tariffs on Chinese and Canadian products, and threatened billions more on U.S. allies in Europe. Tariffs, which are taxes on imports, are meant to protect domestic companies against foreign competitors—but also can hurt U.S. businesses and consumers that pay more for imported products.

Mnuchin predicted the economy will enjoy four or five years of sustained 3 per cent growth “at least.”

“I don’t think this is a one- or two-year phenomenon,” he said.

Kudlow told CNN‘s “State of the Union”: “I think the president deserves a victory lap—low tax rates, rolling back regulations, opening up energy, for example. … The fundamentals of the economy look really good.”

Pointing to “five Trump quarters” of strong growth, Kudlow said, “I don’t see any reason why we can’t run this for several quarters.”

Many experts believe it’s unlikely that growth can continue at the 4.1 per cent pace. Some of the factors in the second quarter appeared to be one-offs. Soybean exports jumped as farmers sought to beat the impending tariffs overseas. And business spending was boosted by soaring investment in oil and gas drilling equipment, which might not last.

Other challenges loom. Borrowing costs are rising, lifted by the Fed’s interest rate increases. And rising prices have left average hourly pay, after adjusted for inflation, flat over the past 12 months.

Still, other trends do appear sustainable and could help boost growth above the roughly 2 per cent annual pace that’s prevailed since the 2008-09 financial crisis and Great Recession ended.