Foxconn, the world's largest electronics company whose customers include Apple, Amazon and Google, plans to build a display screen factory in southeast Wisconsin 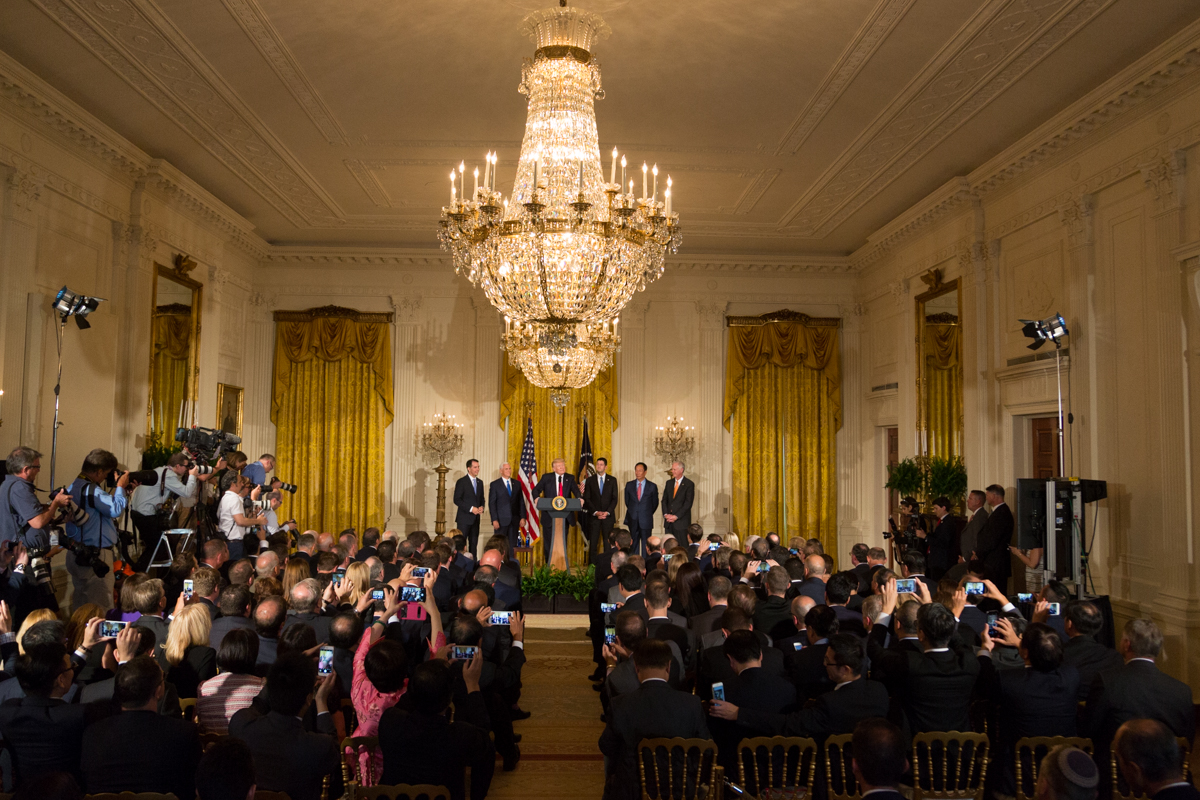 MADISON, Wis. – Foxconn Technology Group is moving forward with its plan to build a manufacturing facility in Wisconsin and President Donald Trump has promised to visit when production starts next year, the Taiwanese company’s leader told reporters following a meeting at the White House.

Foxconn, the world’s largest electronics company whose customers include Apple, Amazon and Google, plans to build a display screen factory in southeast Wisconsin. Foxconn reached the deal with former Republican Gov. Scott Walker and current Gov. Tony Evers was critical of the taxpayer credits promised to the company during his successful campaign against Walker last year.

After waffling earlier this year on its intentions, Gou recommitted to the project in February after a meeting with Trump. Gou said that during their meeting Wednesday, the president committed to coming to Wisconsin in May 2020 to see the start of production, according to Kyodo News.

A White House spokesman did not immediately respond to a request for comment Thursday.

Trump has been a vocal backer of the project, proclaiming it the “eighth wonder of the world” and he visited Wisconsin last summer for the groundbreaking. Trump has heralded the development as a sign of resurgence in American manufacturing.

But skeptics question whether Foxconn will fulfil its commitments in the project, citing others it has promised but failed to deliver around the world. Foxconn failed to meet its job targets last year to qualify for tax credits in Wisconsin and has downsized the type of factory it intends to build.

Evers, a Democrat, has said Foxconn wants to make changes to its contract with the state, which has promised to make more than US$4 billion available in state and local tax credits if Foxconn spends about $9 billion and hires 13,000 people.

Evers has said the contract may be changed to reflect Foxconn’s plan to build a smaller factory. Evers also said he doesn’t think Foxconn will hire as many people as it projected, even though the company has repeatedly committed to the 13,000 number.

Gou told reporters after his meeting with Trump that the company remained committed to Wisconsin.

“It is not right to say our investment in Wisconsin has changed,” Gou said in a video broadcast by Taiwan media as reported by Nikkei Asian Review. “We suspended the work around October, November last year because the weather there was snowy and icy cold. We will continue our work in May when the weather gets warmer.”

Foxconn had little to say about Gou’s meeting with Trump, commenting only that they “discussed the latest updates and the positive progress” of the project, among other things. One of the other items discussed, according to Kyodo News, was Gou’s plans announced last month to run for president of Taiwan.

Gou, Taiwan’s richest man, told Trump that if elected, he intends to be a “peace maker” rather than a “trouble maker,” Kyodo News reported. Gou also told Trump that he would commit himself to advancing peace and stability and improving Taiwan’s economy. Gou told Trump that he wanted to strengthen economic ties between Taiwan and the United States and make their economic relations a top priority.