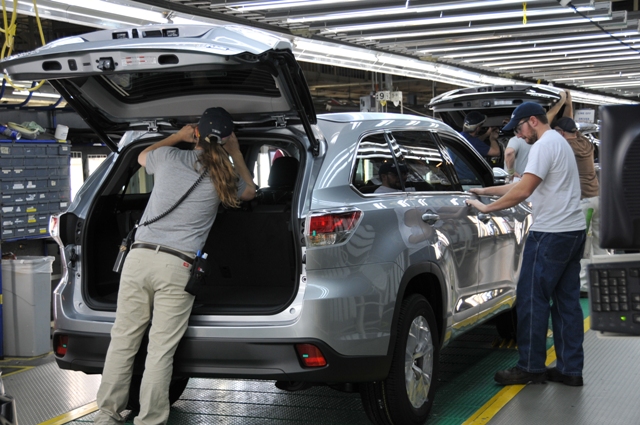 The Japanese automaker will invest it its Princeton, Ind. facility, which builds the Highlander. PHOTO: Toyota

DETROIT—Toyota says it will add 400 jobs and invest $600 million at a Southern Indiana SUV factory.

The announcement Jan. 24 comes just after President Donald Trump met with CEOs of the Detroit automakers to demand that new factories be built in the U.S. Toyota says the investment was planned before the election, and not related to Trump.

The company says the jobs will be added in Princeton, Indiana, where it makes the Highlander SUV.

The factory will be able to build 40,000 more Highlanders per year when the expansion is finished in the fall of 2019.

The Japanese automaker says it will invest $10 billion in the U.S. over the next five years.