Construction on the two cooling systems is slated to begin later this month, with work running through 2018 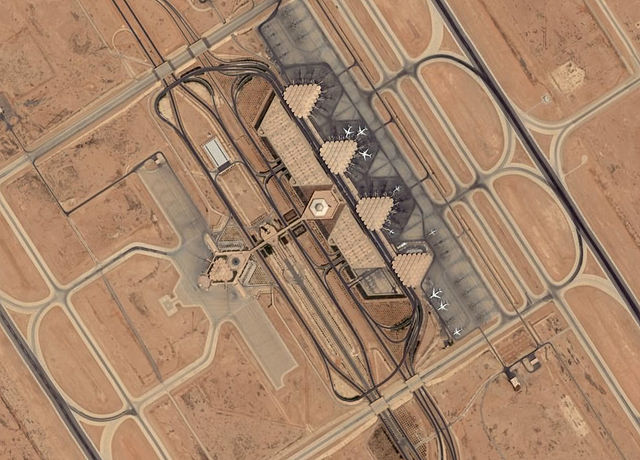 King Khalid International Airport in Saudi Arabia. Under the contract, SNC will build a district cooling system for the airport. PHOTO: Muhaidib, via Wikimedia Commons

SNC and its partner, Toledo Arabia Co., were awarded the contract by the Saudi Riyadh Cooling Company. The Montreal-based firm’s share of the agreement is valued approximately $98 million.

“With 45 district cooling projects in the Gulf region, it brings us great pride to leverage our expertise to provide the Saudi Riyadh Cooling Company a viable and sustainable energy solution,” Ian Edwards, president of Infrastructure at SNC, said.

“In addition to meeting the demand for cooling at the King Khalid International Airport, the district cooling solution will lower energy requirements while reducing greenhouse gas emissions and sound pollution,” Edwards added.

Under the agreement, SNC will be responsible for designing, procuring, constructing and commissioning two district cooling plants with a total capacity of 38,000 refrigeration tonnes, which is equal to approximately 134 megawatts. The system will also include a thermal storage tank with an output capacity of 5,000 RT.

SNC has already begun the engineering work, and the construction phase is scheduled to begun later this month. The first district cooling system is expected to begin producing its first chilled water in Aug. of 2017, while the second will come online in Sept. of the following year.