The eighth-generation of the luxury carmaker's flagship vehicle carries with it a century of refinement, as well as some modern tweaks. The exclusive sedan will set buyers back about half a million dollars 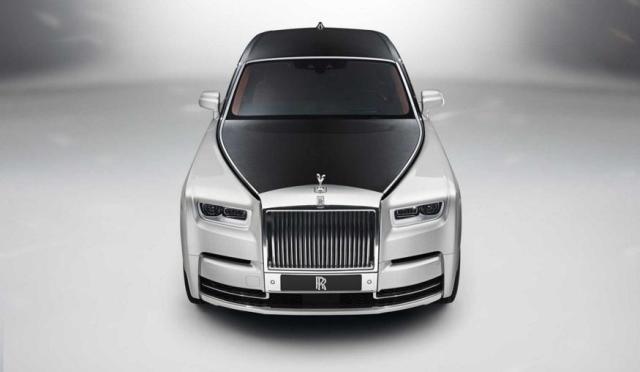 GOODWOOD, U.K.—After more than a decade, Rolls-Royce Motor Cars has released the next generation of its flagship Phantom.

The carmaker threw back the curtain on the eighth-generation of the iconic luxury vehicle in London July 27.

“Phantom is the epitome of effortless style, an historical nameplate that occupies a rarefied space in the luxury constellation and conjures a rare magic all of its own,” Giles Taylor, director of Design at Rolls-Royce, said in a statement. “New Phantom raises a glass to an illustrious design legacy whilst forging a modern and revitalized presence for the next era of Rolls-Royce design.”

“The new V12 Phantom engine employs two turbo chargers that contribute to a low-end torque output of 900Nm at an incredibly low 1,700rpm whilst also delivering 563bhp or 420kW of power, resulting in calm low speed progress associated with state occasions and an unfussed surge of power when one needs to press on,” the company said.

Unlike mass-market automakers, Rolls Royce builds its vehicles in a small-volume assembly site in Goodwood, U.K.

That’s not going to change, but the new Phantom is getting a number of modern tweaks, including an updated instrument panel for the driver, surrounded—of course—by chrome.

Among the car’s other interior features are hand-sculpted seats, rear theater monitors hidden beneath wood paneling and a console drinks cabinet replete with whisky glasses, champagne flutes and a coolbox.

Long-touted as the most-silent car in the world, a 6mm two-layer glaze encases the new Phantom, while 130 kilograms of sound insulation is also included on-board to shield passengers from road noise. Between the smooth-running engine and “cocooning effect” Rolls-Royce says the Phantom VIII is 10 per cent quieter than the VII at 100km/h.

The Phantom is now nearly a century-old, with the first in the line of luxury vehicles being introduced by Sir Henry Royce in 1925. A succession of Phantoms followed in the coming decades, ferrying royalty and heads of state to choice locations around the world. The longest-running in the line, the Phantom VI, premiered in 1968; its impressive production run lasted until 1990. After financial trouble at stalled Rolls Royce throughout much of the ’90s, the firm was acquired by BMW Group, which introduced the first modern Phantom, the VII, in 2003.

According to Bloomberg, Rolls-Royce’s new flagship sedan—known as a saloon in the U.K.—will set customers back US$440,000, or more than half a million Canadian.