ThyssenKrupp plant in Puebla, Mexico, can build 2,200 axles per day for Volkswagen Jetta, Golf and Beetle 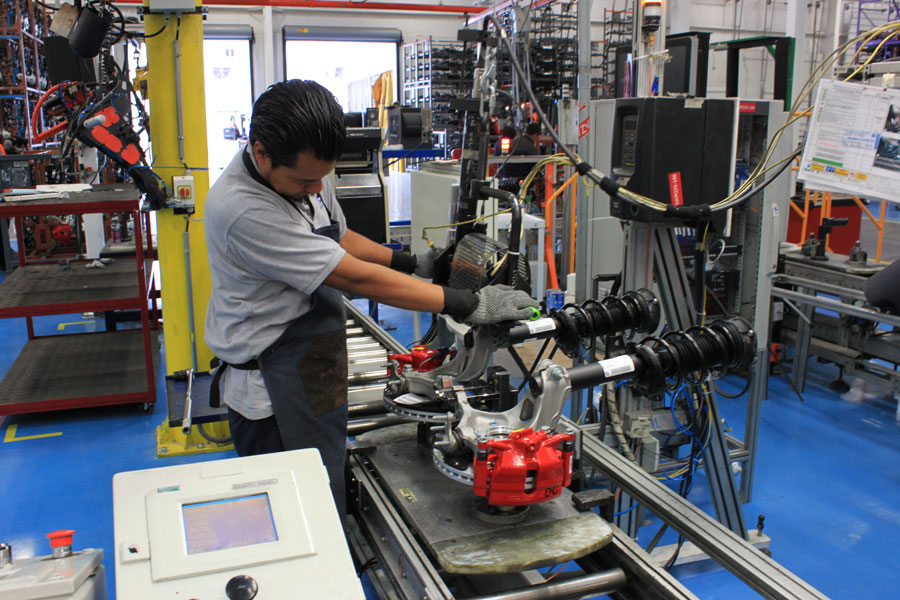 PUEBLA, Mexico—German multinational ThyssenKrupp AG has launched production at a new 118,000-sq.ft. plant in Mexico that will build axles for automaker Volkswagen AG.

The plant in Puebla, Mexico, about two hours east of Mexico City, significantly expands the company’s production capacity in the city, according to ThyssenKrupp.

It builds axles for all Volkswagen’s model platforms in Mexico, including the Jetta, Golf and Beetle, and has a production capacity of more than 2,200 axles per day.

“Mexico is one of the key growth countries for our global automotive business. We are growing with our customers, who mainly supply the export markets from there,” Thyssen Krupp components unit CEO Dr. Karsten Kroos said in a statement.

Axle assembly operations are highly synchronized with OEM assembly lines, according to ThyssenKrupp, with front axles assembled at the Puebla site in cycle times of 45 seconds and delivered to Volkswagen in a just-in-time manner.

The company said the time required from receiving the customer order to shipment of the complete axle is approximately 150 minutes.

The Puebla plant employs around 240 people.

ThyssenKrupp already produces components for the auto industry at five sites in Mexico, with a product portfolio ranging from engine and steering components to springs and stabilizers to the assembly of axle modules.

In addition to the new site in Puebla, ThyssenKrupp is building another axle assembly plant 70 kilometres away in San Jose Chiapa, Mexico, that will build components for Volkswagen Group unit Audi AG.