The OPG has stated that Ontario would be in a position to contribute to the Canadian and international supply chain. 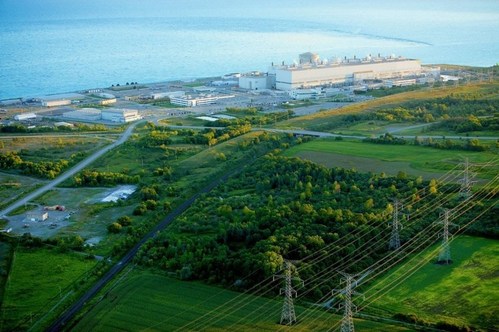 CLARINGTON— The Ontario Power Generation has announced that it will work together with GE Hitachi Nuclear Energy to deploy a Small Modular Reactor at the Darlington nuclear site.

According to a statement from the OPG, leveraging an Ontario-based supply chain means this clean energy project will create jobs across the province.

OPG and GE Hitachi will collaborate on the SMR engineering, design, planning, prepare the licensing and permitting materials, and perform site preparation activities, with the mutual goal of constructing Canada’s first commercial, grid-scale SMR. They expect the project will be completed as early as 2028.

According to a statement from the OPG, the Darlington SMR will provide a critical new source of clean nuclear energy for Ontario’s future projected energy capacity needs – a demand widely expected to ramp up as transportation and other sectors electrify, using Ontario’s clean power to help decarbonize the broader economy.

The OPG has stated that international bodies like the International Energy Agency have voiced that climate change initiatives will fall short without nuclear power as part of the electricity supply mix.

According to the OPG, a single SMR of about 300 megawatts in size can prevent between 0.3 megatonnes to 2 MT of carbon dioxide emissions per year. The difference in emissions produced also depends on where the SMR is located and what kind of power it is displacing.

A 2020 study undertaken by the Conference Board of Canada showed strong economic benefit to Ontario from construction and 60 years of operation of a single SMR facility in the province.

Findings from the Conference Board of Canada concluded that direct, indirect and spin-off related employment would result in an annual average of approximately 700 jobs during project development and 1,600 jobs during manufacturing and construction. Additionally, the report’s employment calculations resulted in 200 jobs during operations, and 160 jobs during decommissioning.

According to the OPG, the estimated positive impact on Gross Domestic Product could reach more than $2.5 billion and result in an increase of provincial revenues of more than $870 million.

The OPG also stated that construction of a new nuclear generator at Darlington is expected to drive employment and economic growth and credits the existing Ontario- and Canada-based nuclear supply chain.

They also anticipate that 70 to 80 per cent, or more, of the necessary components and materials for OPG’s SMR will be sourced in Ontario.

Saskatchewan is also looking to follow Ontario and build SMRs to replace its coal fleet, building up to four SMRs with the first unit in Saskatchewan being in service in the early 2030s. The OPG has stated that Ontario would be in a position to contribute to the Canadian and international supply chain.

Site preparation will begin in the spring of 2022, pending appropriate approvals.