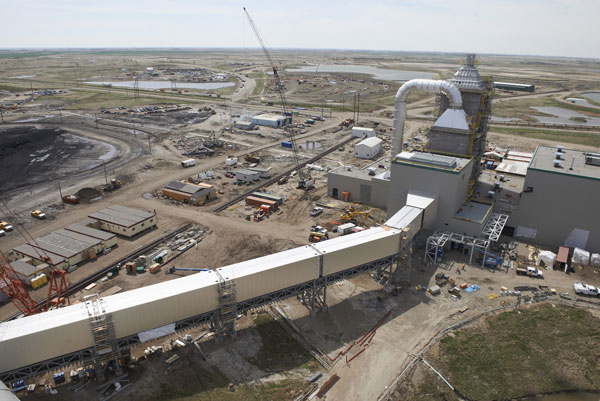 OTTAWA—Another day, another skirmish in the all-or-nothing, zero-sum war over Canadian environment and energy policy.

With Canada’s premiers poised to meet next week in Quebec City to discuss energy strategy and climate change, forces are girding for battle—with Alberta’s oilsands the figurative no-man’s land that lies between the warring world views.

While peaceful co-existence may be a pipe dream, there are informed voices who say future oilsands production and a robust Canadian carbon-cutting policy can advance together.

There’s “this belief among many, many people that you cannot have a comprehensive carbon pricing policy without shutting down the family business in Alberta,” said Chris Ragan, a McGill University economist and native Albertan who chairs Canada’s Ecofiscal Commission.

Earlier this week, the commission—a blue-chip panel of economists supported by a cross-partisan board of advisers that includes a healthy contingent of Alberta interests—made a compelling case that provincial carbon pricing is the way to end the climate policy gridlock and effectively curb emissions without harming the economy.

However, the debate was soon back on more familiar turf.

Environmental Defence and Greenpeace Canada crunched Environment Canada’s numbers and found that under current federal and provincial policies, Alberta’s emissions alone will by the year 2020 almost equal those of all the other provinces and territories combined.

“Embedding climate change into a Canadian energy strategy means that the primary goal of that strategy must be to transition Canada away from fossil fuel production and use,” said their report.

The study plays to entrenched camps on both sides of the oilsands debate.

It stokes claims that Alberta’s fossil fuel wealth must remain in the ground in order to preserve Canada’s environmental integrity and save the planet. It also fans counter arguments that the real goal of environmentalists and pipeline opponents is to shut down Canada’s oil and gas industry, a debilitating blow to the economy.

Brian Porter, the chief executive of Scotiabank, warned an annual shareholder’s meeting that access to global energy markets must be a national priority.

“It is clear our inability to deliver energy to the world is detrimental to Canada’s economy,” said Porter.

“It’s also detrimental to our country’s brand and future economic prospects for all Canadians.”

Others have argued Canada’s lax policies toward mitigating global warming are also a stain on the national brand.

Ragan and others on the Ecofiscal Commission are trying to square the circle.

In a recent interview, Ragan said a plausible argument can be made that more aggressive provincial or federal action on reducing emissions would have smoothed the way for new pipeline construction.

But the real argument for building new pipelines, said Ragan, is that regardless of climate policy the world is going to continue using oil for a long time.

A world that’s no longer burning oil by the year 2100 is completely consistent with a world in which two thirds of known reserves remain in the ground, he said.

“So who is going to supply that one third?”

The world currently consumes 93 million barrels a day of oil, a rate that is projected to rise before it begins to fall.

Alberta would like to continue supplying a small part of that global demand, but won’t be able to if its production costs remain high compared to other suppliers, Ragan argued. Alberta oil will also be less in demand if it remains a high-carbon source.

A carbon price could drive innovation in the oilsands—including by recycling the revenues from the carbon fee into further technological innovation—that will reduce costs along with the carbon footprint.

“Then Alberta at least stands a fighting chance of not being the high-cost producer on that global cost curve,” said the economist, a former adviser to the Bank of Canada and Finance Canada official.

“I think there’s a strong case to be made that a comprehensive carbon price in Alberta is absolutely consistent with a thriving oilpatch,” said Ragan.

“I think you can make exactly the same argument in Saskatchewan and Newfoundland.”