Problems with car doors adds to additional issues with Bombardier's performance noted by the MTA. 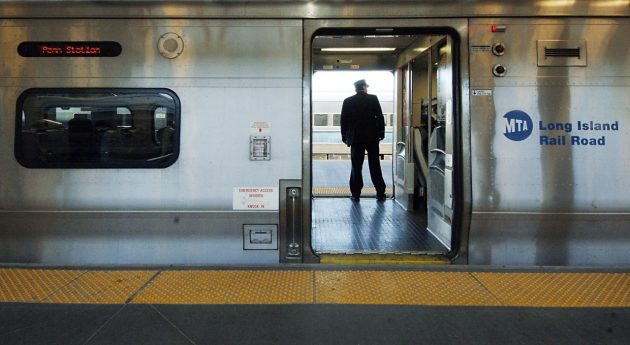 Two recent incidents “raised questions about the reliable operation” of the car doors, prompting the authority to remove all 298 of them from service, president Andy Byford said in a statement.

“As documented, the MTA (Metropolitan Transportation Authority) has identified repeated issues with Bombardier’s performance and finds this latest development unacceptable. We intend to hold the company fully accountable,” Byford said.

Byford, who also dealt with delays to Bombardier streetcar deliveries during his time at the helm of the Toronto Transit Commission, briefly suspended deliveries of the new cars last January, citing software issues and previous problems with springs between the cars and doors that were “weeping oil.”

Bombardier said two doors on cars in the New York City fleet “failed to function as intended” because they were not properly calibrated by the supplier.

“We are now inspecting all of the R179 cars and, where necessary, making adjustments to ensure the safe and reliable performance of the doors for the entire fleet,” spokeswoman Maryanne Roberts said.

She said the Montreal-based company is bringing in additional technicians to work “around the clock.”

New York City comptroller Scott Stringer slammed the MTA, which oversees transit in the state, for beleaguered deliveries that he called “unacceptable.”

“The New York City subway riders who foot the bill for the MTA’s $600-million contract with Bombardier were promised new, state-of-the-art train cars to help modernize our ailing transit system. Now, all the cars that were delivered so far have been pulled from service due to critical defects,” Stringer said in a statement.

Stringer noted the probe found “repeated failures to meet contract deadlines and requirements, poor project management and technical breakdowns, structural defects that delayed cars being put into service and several earlier structural problems that caused some of these trains to be pulled from service.”

“Bombardier sold us lemons. Strap-hangers need the MTA to manage these contracts from the beginning _ before the trains go off the rails,” he said.