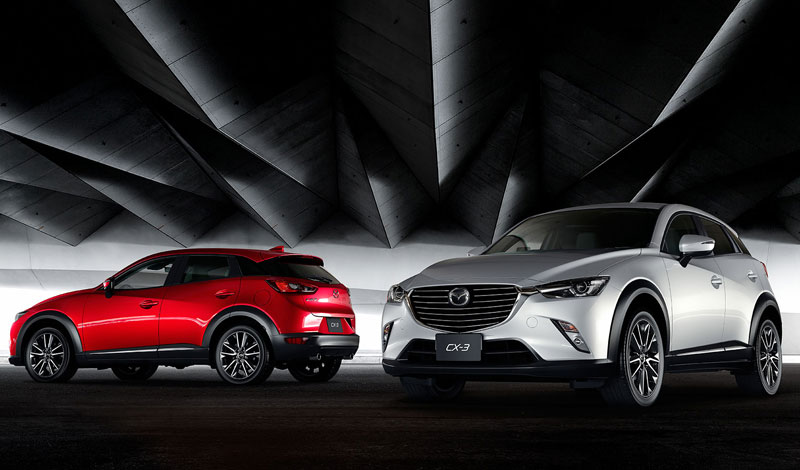 The all-new compact crossover SUV is the fifth model in Mazda’s line-up of new-generation vehicles that feature SKYACTIV Technology and KODO-Soul of Motion design.

With the global launch starting in Japan in the spring of 2015, and following in Canada shortly afterward, the CX-3 is set to become a core model in the automaker’s global line-up.

CX-3 will be powered exclusively by a SKYACTIV-G 2.0-liter gasoline engine in Canada. Output details and specifications have not been released, however the Mazda 3 compact sedan has a similar engine which produces 155 hp and 150 lb.-ft. of torque at 4,000 rpm.

The CX-3 is equipped with a new-generation all-wheel-drive system and SKYACTIV-Drive automatic transmission.