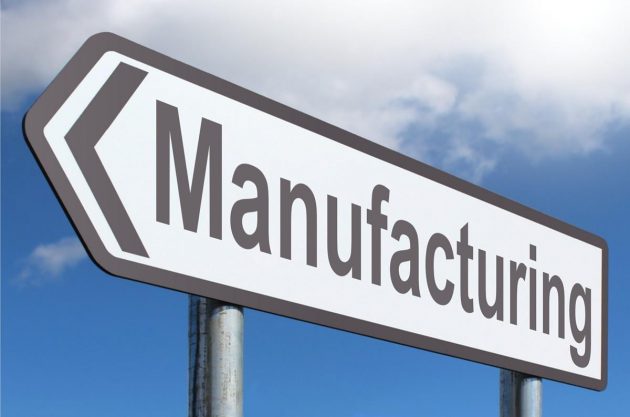 TORONTO — Manufacturing is leading the Canadian economy out of recession, but deepening trade tensions with the U.S. could stifle ongoing strong growth, a new report on Canada’s economic performance amid the easing of lockdown restrictions has found.

The manufacturing sector is outperforming pre-pandemic levels, with manufacturing sales and railway car loadings — the amount of cargo transported by rail — surpassing pre-COVID-19 amounts, according to the report by RSM Canada, an audit, tax and consulting services firm.

Ontario stands to gain exponentially from automaker commitments to electric vehicles, which have been bolstered by provincial and federal government support for the electrification of vehicles, the report released Monday said.

“Canada’s manufacturing sector has almost single-handedly pulled the country out of recession in recent months, and this strong performance, coupled with promising signs from other areas such as real estate and energy, suggests that better days are ahead for the economy,” Alex Kotsopoulos, RSM Canada projects and economics partner, said in a statement.

“There’s still plenty of work to be done on the trade front,” Kotsopoulos said.

“Canada’s over-reliance on the U.S. leaves it vulnerable to any trade frictions that happen between the two nations, and we’re seeing that effect now as the Biden administration continues to focus first and foremost on rebuilding the U.S. economy.”

Despite the turmoil in the country’s energy sector, energy products accounted for nearly 22% of Canada’s total exports to the United States in the first quarter of 2021, the report said.

Meanwhile, Canada’s housing market accounted for two-thirds of economic growth in the first quarter, as increasing demand for single-family homes and tight supply drove up prices, according to the research.

Demand for housing is expected to remain strong as millennials become the backbone of consumer demand and the workplace, the report said.

In addition, increases in household savings suggests housing market investments may strengthen as the pandemic subsides, the research found.

Still, despite strong manufacturing and housing numbers, business investment has hit a wall.

The report found that business spending on machinery, equipment and non-residential structures has stalled at about 14% below pre-COVID levels, signalling trouble for long-term economic development.

“While there are promising signs, business investment is still too low,” Joe Brusuelas, the chief economist for RSM U.S. said in a statement.

“This is something that’s slowing down the potential for economic growth.”

Strengthening the labour force and its ability to produce diversified items of value will be key to attracting capital long-term, the report found.

It also recommends spending on programs that increase workforce productivity.

The government should invest in productivity through measures like the universal expansion of broadband coverage, childcare, housing and nutritional security, Brusuelas said.

“These commitments, coupled with the ability of the younger generations to work remotely, will allow for sustained growth,” he said.