The team has demonstrated that fermenting drinks fortified with pea and rice proteins yields the same quality of protein as casein, an animal protein found in milk 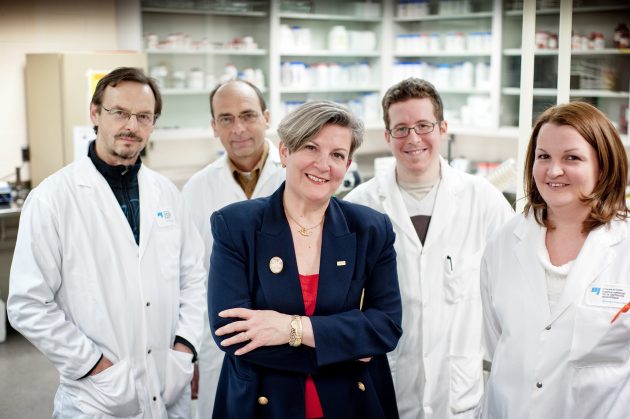 MONTRÉAL and LAVAL — A team at the Institut national de la recherche scientifique (INRS) is working on a plant-based fermented drink high in protein and probiotics. Most products enriched with probiotics and protein are made with dairy products. However, consumer demand for plant protein is growing. The nutritional value of these proteins must therefore be improved to be comparable to that of animal proteins.

The team led by Professor Monique Lacroix has demonstrated that fermenting drinks fortified with pea and rice proteins yields the same quality of protein as casein, an animal protein found in milk.

That said, plant proteins are also harder to digest. “They are often non-soluble in water and under globular form. That means our digestive enzymes have more difficulty breaking them down. Animal proteins, on the other hand, usually take the form of elongated fibres that are easily processed by digestive enzymes,” said Lacroix.

But when pea and rice proteins are added before the fermentation stage during production of a fermented beverage, they can be predigested by lactic acid bacteria (LAB). This allows the production of peptides (protein fragments) resulting from the breakdown of proteins during fermentation, thereby facilitating their absorption during digestion.

The study, carried out in collaboration with Bio-K+, used a specific formulation containing the bacteria Lactobacillus acidophilus CL1285, L. casei LBC80R and L. rhamnosus CLR2. These LAB, whose probiotic functions have been scientifically proven and licensed by Health Canada, were used in this study to produce the fermented drink enriched with pea and rice proteins.