Lion says it is prepared to begin manufacturing 100 per cent electric vehicles in Joliet where its new facility has a production capacity of up to 20,000 vehicles per year. 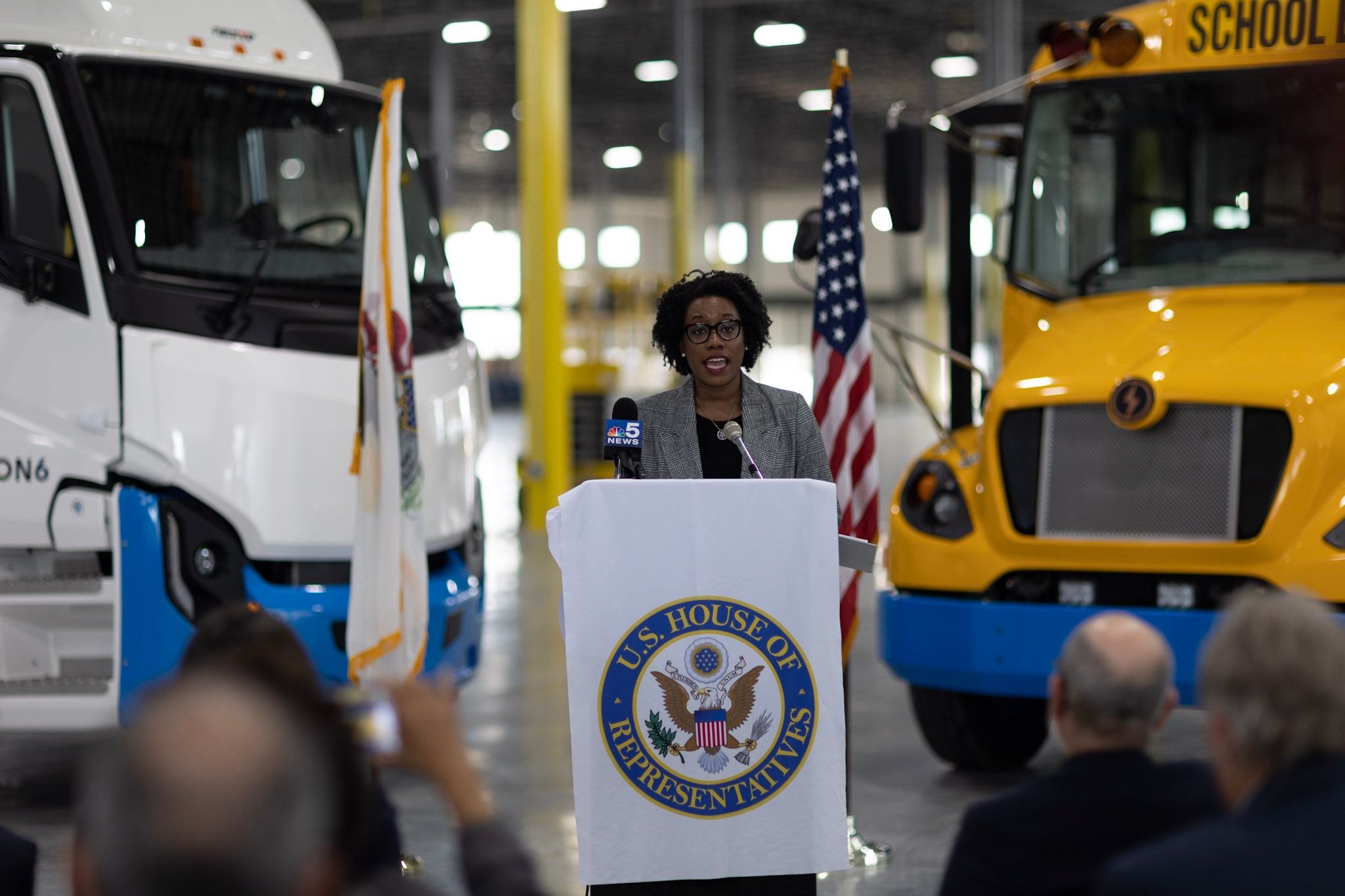 Lauren Underwood at a press conference for Lion Electric, Illinois.

The event followed the recently passed Infrastructure Investment and Jobs Act intended to support clean manufacturing in the United States according to Lion Electric.

In addition to representatives Casten, Foster and Underwood, Illinois department of commerce and economic opportunity Director, Sylvia Garcia, and EPA region 5 administrator, Debra Shore gave talks on the economic and health benefits of electrification, as well as state and federal policies designed to bolster EV adoption.

Lion Electric explained in their statement that the IIJA sets aside $5 billion in funding for the adoption of clean school buses to be administered by the EPA, along with $7.5 billion to build out critical charging infrastructure throughout the country to speed the transportation sector’s transition to electrification.

Lion says it is prepared to begin manufacturing 100 per cent electric vehicles in Joliet in the second half of 2022. Also, the new facility has a production capacity of up to 20,000 vehicles per year. Lion says it anticipates that it will add over 1,400 new jobs to the Joliet region over the next four years.