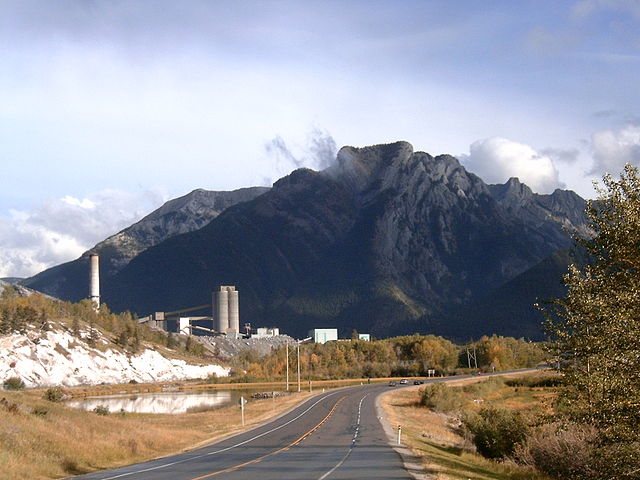 The Lafarge cement plant is located at the edge of the Rockies about 80 kilometres outside of Calgary, and just east of Banff in Exshaw, Alta.

Lafarge Canada Inc. announced Sept. 12 it has finished a $20 million retrofit of its Exshaw, Alta. plant’s kiln 5, as well as the construction of an new state-of-the-art kiln 6.

Work began back in 2013 and kept more than 760 permanent of contract workers occupied through millions of man-hours.

Despite the decommissioning of one of the cement manufacturing plant’s older kilns as part of the project, Lafarge says the site can now produce 2.2 million metric tonnes per year (typ), compared to 1.3 million tpy before the project began.

Along with boosting the facility’s output, the French company designed the upgrades to meet new emissions targets. A baghouse connected to kiln 6, a storage structure dubbed the “EcoDome” and a pre-heater tower are among the upgrades on-site. The retrofits will allow the company to reduce its sulphur dioxide emissions 60 per cent as well as its nitrogen oxide emissions 40 per cent.

Touting the projects strong safety record, the company’s president and CEO for Western Canada, René Thibault, said it was an “incredible achievement.”

“By all accounts we consider the project to be a success, cementing our long term commitment to Exshaw, Alberta and western Canada,” he said.