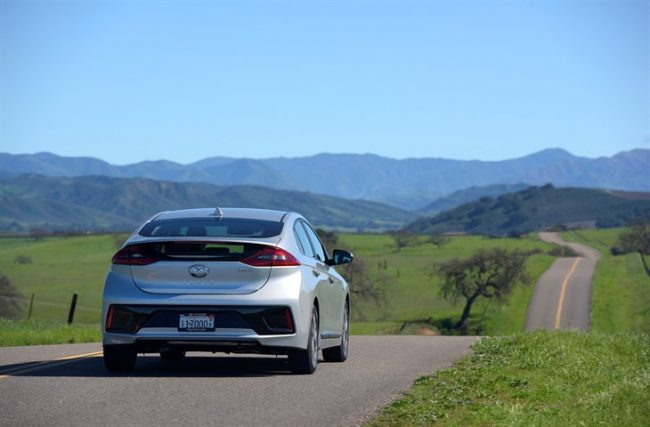 The 2017 Ioniq Plug-In Hybrid gets 57 miles per gallon in the city and 59 mpg on highways. PHOTO: Hyundai

With a base retail price, including destination charge, of US$23,035, the Ioniq Hybrid has a lower starting retail price than the base 2017 Prius, which starts at $23,475.

The five-seat Ioniq Hybrid beats all other hybrids in federal government fuel economy ratings—57 miles per gallon in city driving and 59 mpg on highways for the base Ioniq Blue model, compared with 58/53 mpg for the 2017 Prius Eco.

The Ioniq has more horsepower than the Prius, too, and more rear-seat legroom. It comes with Hyundai’s industry-leading warranty package that includes five years/60,000 miles of new-vehicle coverage and 10 years/100,000 miles of powertrain coverage.

Arguably, the Ioniq’s exterior styling is prettier as well. People didn’t recognize the test Ioniq as an affordable hybrid because its front styling looked like an Audi, and they thought it was more expensive than it was. Its sleek side profile also masks that the car is a five-door hatchback.

The Ioniq, which began arriving in U.S. dealerships this spring, is the first Hyundai nameplate sold only as an “eco” car. There are no versions of Ioniq that only run on a gas engine.

There are, however, three kinds of Ioniq planned for the U.S. They are the gasoline-electric hybrid that was the test car and that never needs to be plugged in, a plug-in hybrid Ioniq and an all-electric Ioniq. 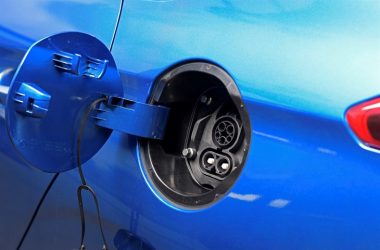 The Ioniq is Hyundai’s first vehicle that is a standalone hybrid or electric vehicle. PHOTO: Hyundai

The test Ioniq Hybrid Limited, which carried a top sticker price of $31,335, provided a spacious environment, comfortable ride and upscale amenities such as heated leather seats, a push-button start and headlights that rotate to help illuminate the road as the car makes turns.

There also are seven standard air bags and a rearview camera in every Ioniq.

The spaciousness is noteworthy for a car that’s an inch or so shorter in height than a Prius but slightly wider.

Front-seat passengers in the Ioniq have 39.1 inches of headroom, just shy of the 39.3 inches in the Prius.

In the back seat, riders have 37.4 inches of headroom, which is the same as in the Prius.

Front-seat legroom in the Ioniq is 42.2, which is an inch shy of what is in the Prius, while back-seat legroom of 35.7 inches is better than the 33.4 inches in the back of the Prius.

It’s true the Prius states it has slightly more cargo room behind the rear seats—27.4 cubic feet vs. 26.5 cubic feet in the Ioniq.

But there’s so much room overall inside the Ioniq hatchback that the federal government classifies it as a “large car.”

The Ioniq Hybrid handled easily and manoeuvred into parking spaces without much fuss.

The transition between electric power and gasoline engine propulsion was mostly seamless.

Because the Ioniq has a nice-shifting, six-speed dual-clutch transmission instead of a hybrid’s more typical continuously variable transmission, the shifts felt natural.

The 1.6-litre, direct injection four-cylinder is tuned for fuel economy and produces up to 104 horsepower. This is more than the 95 horsepower of the Prius’ four-cylinder.

The Ioniq’s electric motor adds more horsepower and instant torque, for a total car output of 139 horsepower. This felt adequate for a car that weighed some 3,100 pounds.

The four-cylinder became buzzy only when pushed hard for quick acceleration. Even then, though, the car seemed eager to respond.

With less than fuel-conscious driving, the test car never produced the government’s fuel economy numbers. Instead of the Ioniq Limited’s city rating of 56 mpg, the car averaged 45.5 mpg. On mostly highway runs, the car hit 50 mpg.

The result was still pleasing, and the 11.9-gallon fuel tank could last for more than 565 miles.