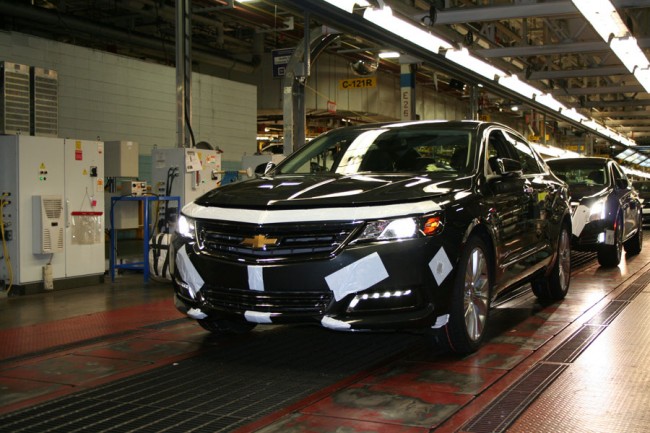 The Chevrolet Impala on the line at GM Canada’s assembly plant in Oshawa, Ont. The facility’s “Consolidated Line” is scheduled to stop producing Impalas in June. PHOTO GM

OSHAWA, Ont.—General Motors is is planning to boost production of the Chevrolet Equinox at its Oshawa, Ont. facility as it prepares to stop making the Chevrolet Impala, according to The Globe and Mail.

Granting a slight reprieve at the facility, the move will save about 200 jobs, at least temporarily.

GM’s Oshawa plant operates two lines: one producing the Chevrolet Camaro, the Chevrolet Impala, the Buick Regal and the Cadillac XTS—while the other “Consolidated Line” turns out Impalas and Equinoxes.

Production on the Consolidated Line is set to run until at least 2017—with Impala production ending in June of this year—but GM has given no specifics about the plant’s future beyond that deadline. To allow for production of the Equinox, the automaker invested $12 million in the line last summer.

According to the report, the plant will now produce 352 Equinoxes daily, up from the current figure of 288.