Oshawa's plant launch is 6 to 12 months faster than they would normally plan for. 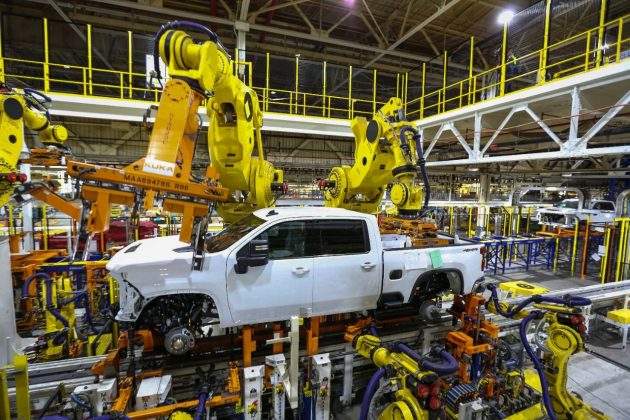 On May 5, GM announced that working with the Ontario government and Unifor partners, they are accelerating the start of production of full-size trucks at the Oshawa Assembly plant to the fourth quarter of this year ahead of the previous target of January 2022. Oshawa Assembly is on track to deliver one of the fastest plant launches in GM history. This C$1.3B investment will create nearly 1,700 new jobs and indirect supplier jobs to aid in Canada’s pandemic recovery.

Scott Bell, GM Canada President and Managing Director said “Working with the Canadian government and our Unifor partners, GM is pulling ahead truck production at Oshawa Assembly to Q4 of 2021, ahead of the previous target of January 2022. Oshawa has a long history of innovation, speed and launch excellence and is on track to deliver one of the fastest plant launches in GM history.”

As part of the C$1.3 billion investment to prepare Oshawa for truck production, the team is:

Oshawa is currently hiring nearly 1,700 people to staff two shifts of production, including: 110 electricians, 60 millwrights and 1,500 production workers. These are permanent full-time positions eligible for pay and benefits in accordance the GM-Unifor collective agreement. Between wages, benefits, insurances, pension, shift and overtime premiums, the total compensation package for Skilled Trades purportedly has the potential to exceed C$100,000 per year.

Oshawa’s plant launch is 6 to 12 months faster than they would normally plan for.