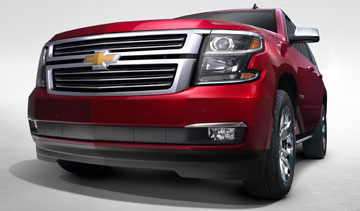 DETROIT—General Motors is recalling more than 473,000 trucks and SUVs in the U.S. and Canada because the brake pedals can come loose and fail to work properly.

More than 46,800 of the recalled vehicles—which include some 2015 and 2016 Chevrolet Silverado HD, GMC Sierra HD and Chevrolet Tahoe police vehicles—are in Canada.

GM says a nut on the brake pedal pivot mechanism can come loose, causing the pedal to loosen and possibly become inoperative.

The company says it has no reports of crashes or injuries due to the problem.

Dealers will inspect the pivot bolts. If they weren’t fixed at the factory, dealers will put adhesive on the nut and retighten it. Canadian safety regulators say the problem can cause the brake lights to stay on longer than expected.