GM investing $2B in transforming its manufacturing operations in Oshawa, Ont. and Ingersoll, Ont.

Production of BrightDrop's electric delivery vans will begin at CAMI Assembly in Ingersoll, Ontario in December 2022, following retooling of the plant this spring and summer. 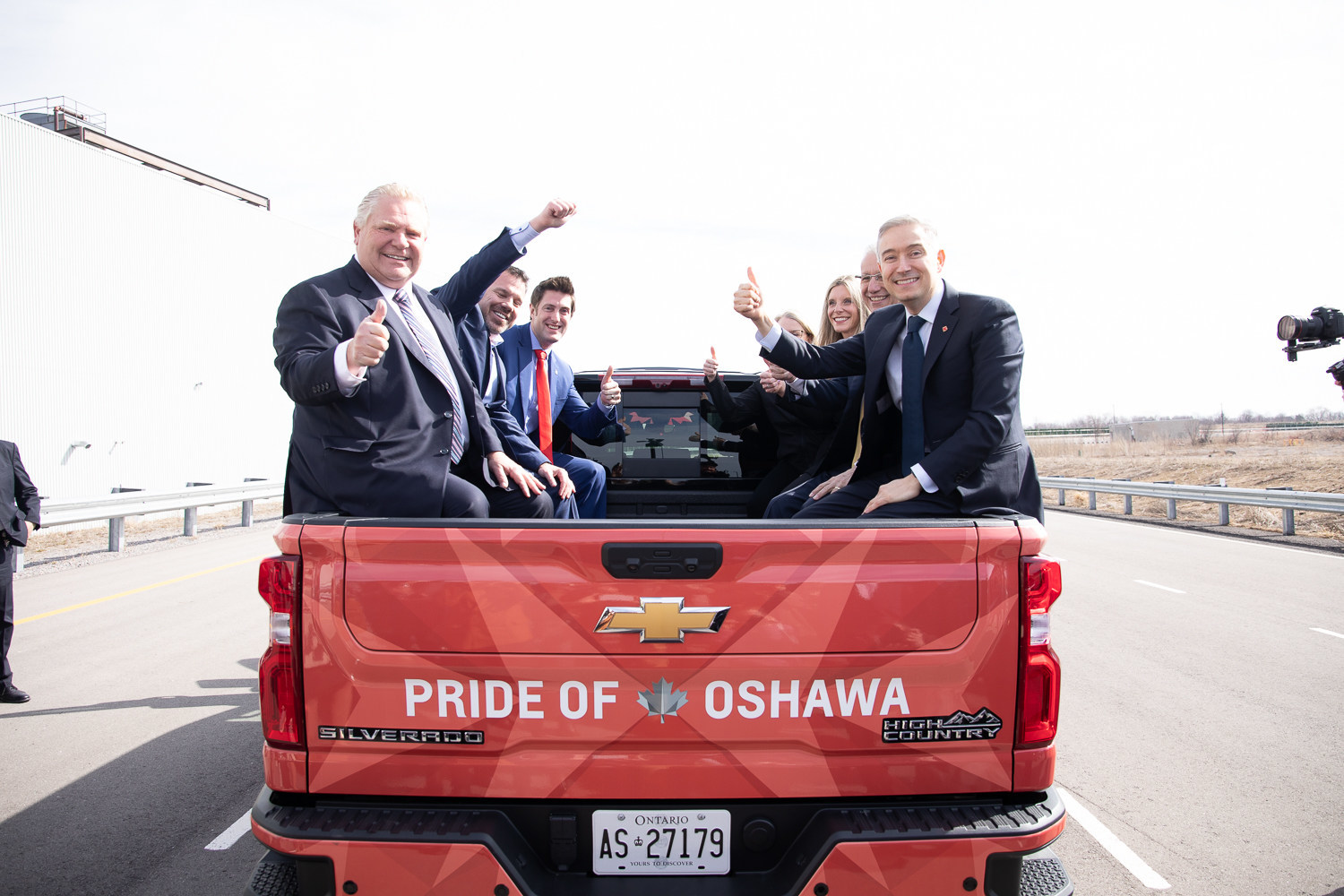 OSHAWA — On Apr. 4, GM Canada announced it will start production at Canada’s first full-scale electric-vehicle manufacturing plant in Ingersoll, Ontario later this year. In addition, at Oshawa Assembly, GM Canada will add light-duty pickup production and a third shift, creating more than 2,600 new jobs since operations resumed at the plant.

Together with the federal and Ontario governments, GM Canada made these announcements at the recently opened Canadian Technical Centre’s (CTC) McLaughlin Advanced Technology Track in Oshawa, Ontario, mentioning more than $2 billion in investments to transform its manufacturing operations in the region.

Production of BrightDrop’s electric delivery vans will begin at CAMI Assembly in Ingersoll, Ontario in December 2022, following retooling of the plant this spring and summer.

GM Canada also announced the Oshawa Assembly plant will be adding light-duty pickup production and a third shift of production in the coming months.

With the addition of the third shift, GM Canada will have added more than 2,600 new jobs in the Oshawa plant since it reopened. Fifty per cent of new production hires at the Oshawa plant are women.

“In Oshawa, Ingersoll, and communities across Ontario, auto manufacturers are stepping up to meet demand for clean vehicles and creating thousands of good jobs in the process. Today’s investment is an investment in our workers, our communities, and our future. Partnerships like these are critical to putting Canada on the cutting edge of the clean economy, creating thousands of new jobs, and making sure that future generations have a clean environment to live in.” said Canadian Prime Minister, Justin Trudeau.

“This vote of confidence by General Motors in Ontario is more proof that by attracting game-changing investments our government is securing our auto sector for the next generation of workers. This investment will secure 2,600 jobs here in Oshawa and is a huge win for the people of Durham and Ontario’s auto sector. It shows once again that the cars of the future will be made right here in Ontario by Ontario workers.” said Ontario Premier, Doug Ford.