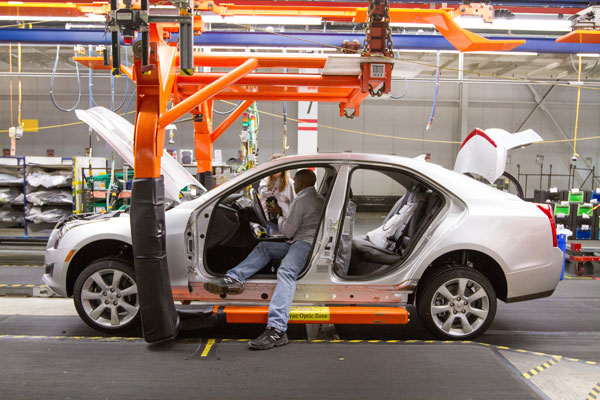 the Cadillac ATS and CTS models, as well as an undisclosed “future product.”

The new facility in Lansing, Mich., which is expected to begin production in 2016, will save GM about US$14 million annually in logistics costs associated with material handling, according to the automaker.

“Lansing Grand River assembly is known for the high quality of its work and the flexible manufacturing that has been a trademark since it opened,” GM’s North America manufacturing manager, Christine Sitek, said in a statement. “(This) announcement demonstrates GM’s commitment to strengthening key plant capabilities related to quality and efficiency.”

Built in 2001, Lansing Grand River is GM’s second-newest assembly plant in the United States where it builds the ATS and CTS Cadillac models, including the V-series performance variants of the CTS sedan, coupe and wagon.

Since 2009, GM has invested more than US$530 million in its Lansing facility, including the construction of a US$44.5-million “logistics optimization centre” that, much like the new stamping facility, is aimed at cutting logistics costs.

The automaker also announced the next-gen Chevrolet Camaro will be built at the plant.

The latest investment is expected to create or retain about 145 jobs, the company said.