German government sees growing competitors in the rearview, looks to future-proof its own auto manufacturing industry 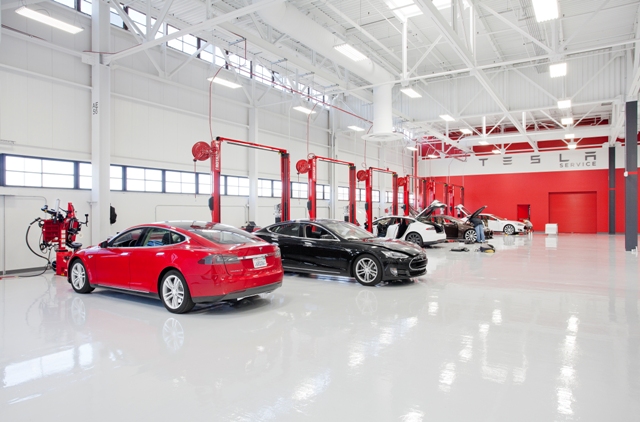 Electric vehicles have been a tough sell in the Germany so far. While the country’s automakers have largely steered clear of the emerging market, the government hopes new subsidies will prompt Germany’s car makers to begin challenging EV upstarts like Tesla. PHOTO: Tesla

BERLIN—Germany’s auto industry risks being overtaken by foreign competitors unless it receives greater domestic support, the country’s economy minister said Wednesday, announcing a 1 billion euro (US$1.13 billion) plan to subsidize electric cars that are seen as the technology of the future.

Electric vehicles have had a sluggish start in Germany, the country where the combustion engine-powered automobile was born. A government plan to get 1 million e-cars on the streets by 2020 is far behind schedule, with just 50,000 sold so far.

“After a long debate we have agreed to a subsidy program that aims to show on the home market that we can master these new drive trains, from plug-in hybrid to battery-powered vehicles, and make them suitable for the mass market,” Economy Minister Sigmar Gabriel said at a news conference in Berlin.

Starting in May, buyers will get 4,000 euros ($4,514.80) toward the purchase of an all-electric vehicle, while plug-in hybrids will receive a subsidy of up to 3,000 euros. The cost will be shared equally by the government and industry.

Gabriel said the goal was to increase the number of electric cars in Germany tenfold to 500,000 by 2020—still only half the original target.

While foreign car manufacturers will be able to benefit from the subsidy, too, if they agree to contribute their share of the rebate, the only automakers that have signed up so far are Volkswagen, Daimler and BMW. Given German buyers’ tendency to purchase domestic brands, the country’s car industry is likely to benefit most from the program.

“This country will only have a chance to preserve its social, ecological, cultural standards if it remains a successful industrial nation,” Gabriel said, noting the success of the program to create a European aircraft manufacturer, Airbus, decades ago.

Japanese automaker Toyota has been commercially successful with its plug-in hybrids for years, while California-based Tesla is considered the cutting edge of all-electric vehicles.

“Now we’re in a similar position,” said Gabriel. “The reinvention of the automobile is currently being driven by companies that aren’t based in Europe.”

The move comes amid questions over the future of diesel-powered engines, a technology popular among German automakers. Volkswagen’s admission last year that it used special software to rig U.S. emissions tests for its latest “clean diesel” vehicles has thrown a pall over the technology and its viability in an increasingly eco-conscious world.

The German ecological transport lobby group VCD criticized the incentives as blunt, saying they should instead prioritize the most energy-efficient cars and be funded by higher taxes on gas-guzzling vehicles.

“The market for electric vehicles needs to be kick-started if it’s to develop well,” said Michael Brecht, chairman of the employee council at Daimler, calling the incentives “sensible industrial policy.”