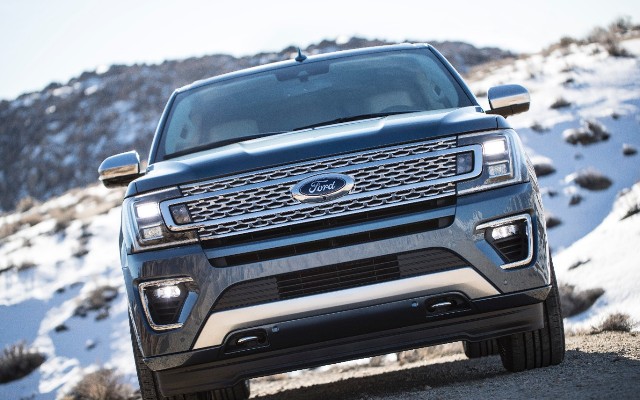 The Expedition is the second Ford to get the aluminum treatment. The F-150 went lighter in 2015. PHOTO: Ford

Ford says the 2018 Expedition is 300 pounds lighter than the previous model thanks to a new aluminum body and a high-strength steel frame.

It’s the second Ford vehicle to get the aluminum treatment, after the F-Series pickup went lighter in 2015.

But it’s not the first aluminum SUV on the market. Land Rover debuted one in 2012.

The Expedition goes on sale this fall. Pricing hasn’t been released. It will be built in Kentucky.