Innovation minister Navdeep Bains has presented his stance against the negative tariff consequences on the highly integrated auto industry for both the U.S. and Canada 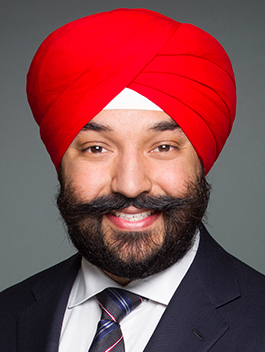 OTTAWA – With threats of devastating U.S. tariffs hanging over the auto sector, Canada’s economic development minister says Ottawa is considering every possible way it could respond if the Trump administration follows through on its warning.

Navdeep Bains said Plan A is to continue encouraging the U.S. to back away from the tariff threat, which industry has warned would inflict significant damage on both countries’ economies.

But just in case they are applied, Bains said Ottawa is considering “every conceivable option.”

“We’re taking nothing off the table at this stage,” Bains said in an interview. “We’re looking at every tool in our toolbox.”

Bains declined to share specifics when asked about potential industry support in Canada or retaliatory actions against the U.S., however, he noted how Ottawa took several steps to respond to American steel and aluminum duties.

Earlier this summer, Ottawa applied retaliatory tariffs on $16.6-billion worth of U.S. imports of steel, aluminum and other products. It also announced a financial aid package for industries caught in the crossfire, including up to $2 billion in new funding and support for workers in steel, aluminum and manufacturing sectors.

Levies, however, on the critical auto industry would have far bigger impacts on Canada’s economy – and would likely call for a far greater response.

U.S. President Donald Trump has made repeated threats – including one late last week – that he would slap Canada with auto tariffs. In a tweet that appeared to reference NAFTA’s ongoing renegotiation, Trump wrote that the “deal with Mexico is coming along nicely” and that “Canada must wait.”

Trump then sent a warning to Ottawa: “Their Tariffs and Trade Barriers are far too high. Will tax cars if we can’t make a deal!”

Ottawa has been on the NAFTA sidelines for a fourth straight week while it awaits the completion of one-on-one talks on the deal between the U.S. and Mexico.

Bains said Canada has been presenting its case to the U.S. administration, state governors and other American lawmakers about the negative consequences of the tariffs on the highly integrated auto industry for both countries.

Last month, Canada’s deputy ambassador to Washington, Kirsten Hillman, delivered a message during testimony at U.S. Commerce Department hearings that Ottawa would retaliate with auto tariffs of its own.

The Commerce Department is investigating whether the duties should be applied based on the premise that auto imports from Canada pose a national security risk to the U.S., an idea Ottawa has rejected.

To help figure out Canada’s potential responses, Bains said he’s spent much of his summer listening to the auto industry. The process included a conference call Wednesday with the Canadian Automotive Partnership Council, which has a membership that includes CEOs of the country’s five auto assemblers and of its leading parts suppliers as well as representatives from labour unions, academia, dealer associations and industry ministers from Ontario and Quebec.

Council member Jerry Dias, president the country’s largest private-sector union, said the federal government has been signalling it would do something “meaningful immediately to shore up the companies” in response to U.S. auto tariffs.

Dias expects a federal package to include many parts, such as incentives, work-sharing programs and guaranteed loans.

“People are nervous,” he said, adding it would be “incredibly problematic” if Trump moved ahead with the tariffs. Dias, however, isn’t convinced Trump will follow through because of how much damage the levies would cause to the powerful U.S. auto sector.

Political opponents say Ottawa needs to do a better job of helping people and businesses affected by U.S. tariffs already in place.

Tracey Ramsey, an NDP MP from Windsor, Ont., says she’s heard from many people who have had a tough time navigating government agencies as they search for key information, such as applying for tariff exemptions and for assistance under the $2 billion worth of support promised by Ottawa.

Earlier this week, the opposition New Democrats called on the Liberals to create a national task force on tariffs that would streamline the process by creating a single government portal.