Federal deficit to top $112B in coming year due to COVID-19, PBO says [UPDATED] 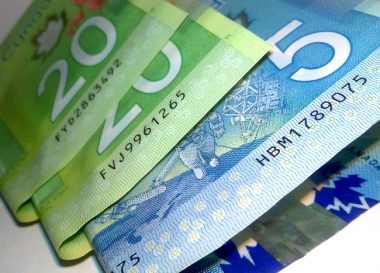 The projected deficit for the 2020-2021 fiscal year doesn’t include extra spending the Liberals announced on March 24.

OTTAWA — Parliament’s budget watchdog is projecting that the federal deficit for the coming fiscal year could be $112.7 billion, a jump of $89.5 billion from previous forecasts as government spending climbs to combat the economic fallout from COVID-19.

The report made public this morning also warns that the deficit for the current fiscal year, which closes March 31, could be $26.7 billion, which would be an increase of $5.5 billion compared to the budget officer’s November forecast.

The projected deficit for the 2020-2021 fiscal year doesn’t include extra spending the Liberals announced on March 25 in the form of a new benefit for affected workers.

That measure pushed direct spending on the government’s economic bailout package to $52 billion from $27 billion.

Parliamentary budget officer Yves Giroux’s report also predicts that the economy will contract by 5.1% this calendar year, the weakest on record since 1962.

Giroux says in his report that extra stimulus measures may be required to ensure the economy hits “lift-off speed,” especially if consumer and business behaviour does not quickly revert back to “normal” fast enough.

The economic scenario laid out by Giroux assumes that the current social distancing measures designed to slow the spread of COVID-19, which have also curbed economic activity, will remain in place through August.

He warns that even under the scenario laid out by his office, the country’s economic and fiscal outlook remains “extremely uncertain.”

“While additional fiscal measures will likely be required to support the economy in the coming months, the government’s balance sheet prior to these shocks was healthy,” Giroux said in a statement.

“Given credit market access at historically low rates, and looking to historical experience, suggests that the government could undertake additional significant borrowing if required.”